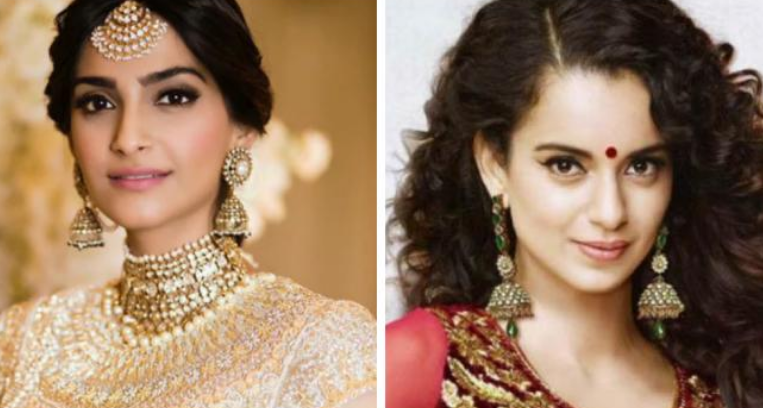 Bollywood diva Sonam Kapoor Ahuja on Sunday attended the Vogue We the Women summit in Bengaluru. Talking about the Me Too movement, actress Tanushree Dutta’s allegations and accusations against Vikas Bahl, Sonam said that she finds what happened with the woman who has accused Vikas Bahl is disgusting and her account published by Huffington Post is heart-wrenching.

When asked by journalist and anchor Barkha Dutt if people will stand up against Vikas Bahl in the industry, Sonam said that Kangana has commented against him, adding, Kangana says many things and it is hard to take her seriously sometimes, but she likes her spunk.

However, in an exclusive interview with Pinkvilla, Kangana said that Sonam has no right to judge her and say things like ‘it is hard to take Kangana seriously sometimes’, adding, “What does she mean by saying, it’s hard to believe Kangana. When I am sharing my #MeToo story, who gives her a right to judge me?”

Further, Kangana added, “So, Sonam Kapoor has the license of trusting some women and some she won’t…What makes her so unsure of my claims, I am known to be an articulate person, I have represented my country in many international summits, I am called as a thought and youth influencer to these summits, I am not known because of my dad. I have earned my place and credibility after struggling for a decade.”

Kangana also stated, “She isn’t known to be a great actress, neither she has the reputation of being a good speaker…… What gives these filmy people right to take digs at me!!!! I will demolish each one of them.”

Recently, a woman working at Phantom Films alleged that Vikas Bahl molested her while they were in Goa. Supporting the woman, Kangna said that she totally believes her.

In an interview with India Today, Kangana claimed, that even though Vikas was married at the time when they were shooting for Queen, he used to brag about sleeping with a new girl every day. “Even though Vikas was married back in 2014 when we were filming Queen, he bragged about having casual sex with a new partner every other day. I don’t judge people and their marriages but you can tell when addiction becomes a sickness. He partied every night and shamed me for sleeping early and not being cool enough.”