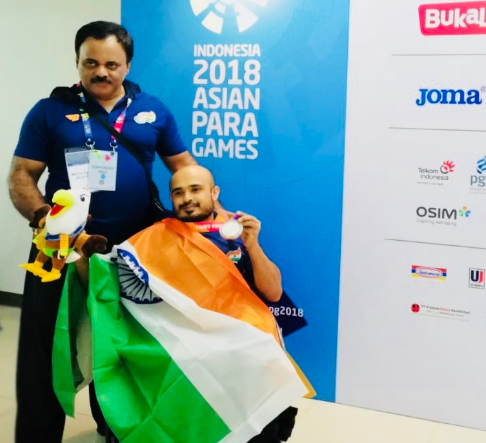 India opened its campaign at the ongoing third edition of the Para Asian Games on a high note by clinching five medals, including two silver and three bronze, on the opening day of the tournament in Indonesia.

While Farman Basha won a silver medal in the Men’s 49 kg Powerlifting event, swimmer Devanshi Satijawon finished second on the podium in the Women’s 100m Butterfly in S-10 category.

The Indian Men’s badminton team won the country’s first medal, settling for silver after a narrow 1-2 defeat at the hands of Malaysia in the semi-final of the event.

Indian athlete Paramjeet Kumar won a bronze in the Men’s 49 kg Powerlifting event, while swimmer Suyash Jadhav settled for the third spot in the Men’s 200m Individual Medley in the SM-7 category.