Of all the farm animals, goats might be the weirdest or the quirkiest. They are said to be naturally curious and independent, unlike other animals like the sheep. 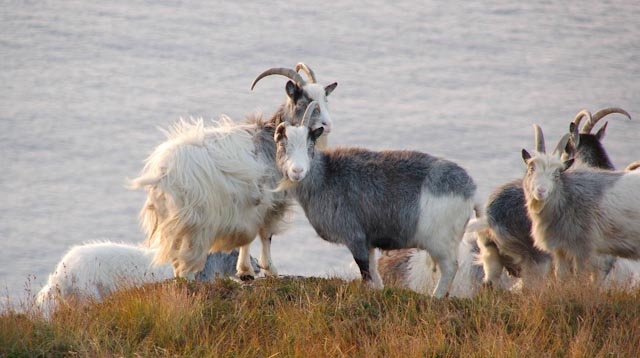 Goats got domesticated about 11,000 years ago. This event was a historic shift for the hunter class of humans to turn into an agricultural society. Over the years,  a lot of studies have been conducted on goats. Recent research shows that goats exhibit the oddest behaviour.

For example, if goats escape their confines, they can be found at the unlikeliest of places. Thinking of such places may even be challenging for humans.

There have been many examples where goats have been found at unthinkable of places.
A few years ago, a goat in Greece was found dangling 20 feet in the air from a power line by its horns, with seemingly no jumping-off points in sight. Local officials are still unsure of how it landed in the power line—and had to use a long ladder and rope to pull the goat to the ground. After being rescued, the goat ran off as if nothing had happened. 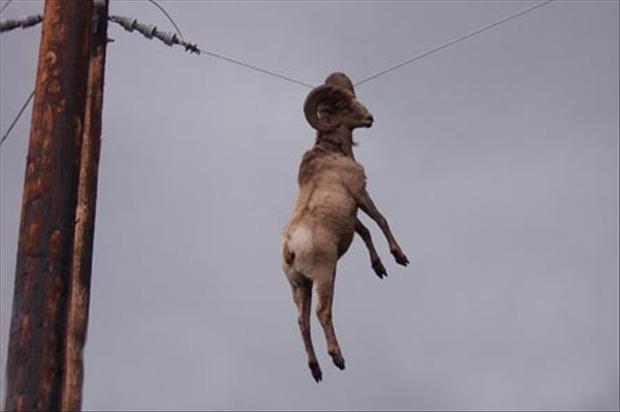 Another interesting footage from Colorado, USA, showed a goat walking up to a glass door, butting its head against the pane, and then running away after the glass shatters. Undeterred, it then returned to the scene and broke the other door.

Butting is a natural behaviour that goats use to test their surroundings.

One of the most bizarre behaviours displayed by goats is their sudden impulse to faint. Myotonic goats, a common domestic goat in the U.S., have a genetic condition called myotonia congenital that causes their muscles to stiffen when they’re frightened. The condition results in sudden, stiff-legged drops to the ground. The effect lasts only a few minutes before the goats stand back up and return to normal.

Mountain goats are another weird species. Found scaling relatively high and dangerous mountain tops, mountain goats are some of the world’s best rock climbers. The animals, however, are not actually goats. They belong to the antelope family and could have got their name because of their goat-like appearance. 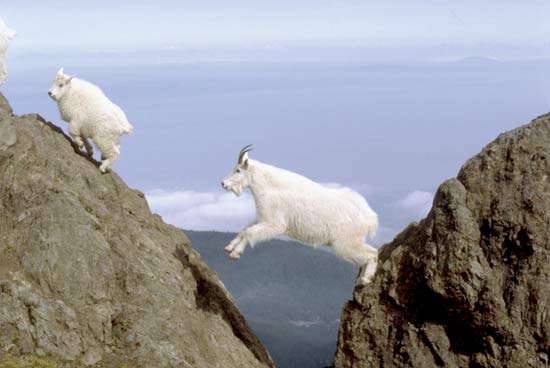 Goats are also some of the most intelligent and independent animals. They are also known to have an ‘accent’. Just as human voices vary in cadence and inflection by geographical region, a particular goat’s bleat will sound different from that of a goat in a different country.