On Sunday, a number of media reports claimed that the MDH owner Mahashay Dharampal Gulati has passed away and the news went viral on social media.

Many media houses reported the news of his passing saying that the 99-year-old is no more. 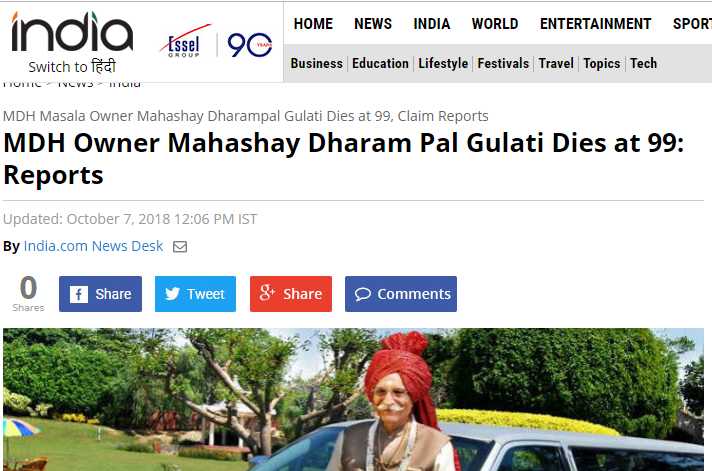 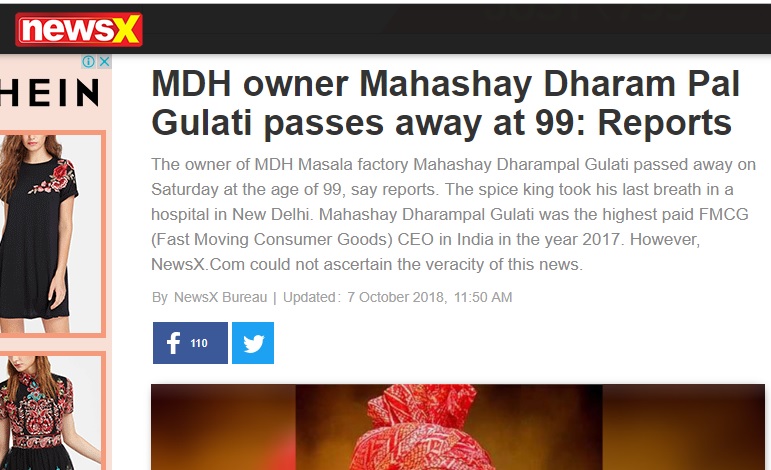 The news was also shared by individuals on all social media platforms. 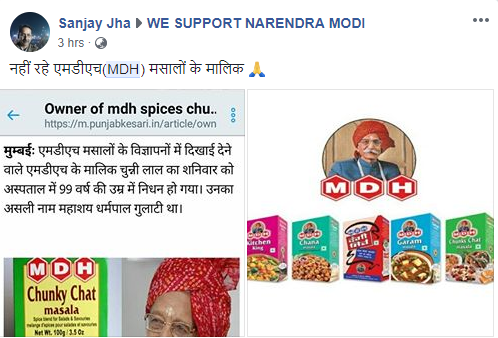 Refuting the claims of his death, the family members released a video which shows Mahashay Dharampal Gulati healthy and alive.

Talking to News18, Rajendra Kumar, MDH’s executive vice president said that reports are baseless. “This is completely shocking, baseless and false. The rumour started on social media yesterday. I appeal to the people not to fall prey to such rumours,” he said.

‘Mahashay Dharampal Gulati’ was born in Sialkot, Pakistan. He dropped out of school when he was in fifth class to assist his father, Mahashay Chunni Lal Gulati, at the shop. Dharampal moved to Delhi after the partition of India.

According to a report, Mahashian Di Hatti, popularly known as MDH Masala factory, was set up in the national capital in 1959 after Dharampal Gulati bought a plot in Kirti Nagar. Initially, he started a spice shop in a shack. Later, he opened the same at Ajmal Khan Road in Karol Bagh area.