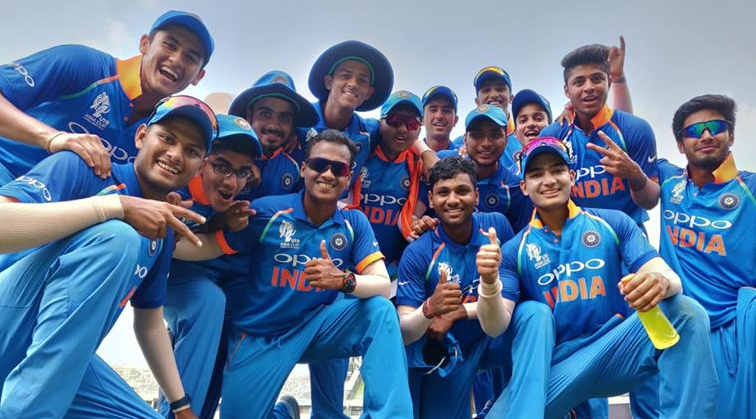 India defeated Sri Lanka by 144 runs in the final of the U-19 Asia Cup to clinch the trophy at the Shere Bangla National Stadium, Dhaka on Sunday.

Chasing a mammoth target of 305 runs, Sri Lankan batting line-up failed to put up a strong fight as they lost all their wickets at the score of 160 runs. It was left-arm spinner Harsh Tyagi who spearheaded Indian bowling attack by scalping 6 wickets to make the final contest a one-sided clash.

ALSO READ: India in sight of 500-plus lead as West Indies collapse

Batting first, Indian opener Yashasvi Jaiswal, along with Anuj Rawat, gave a smashing start to their team by contributing a respective total of 85 and 57 runs. Thereafter, middle-order batsman Simran Singh (65) and Ayush Bodani (52) took the Indian innings forward helping their side to put a strong total on the board.

Harsh Tyagi was adjudged for his impressive bowling figures (6/38) in the match.