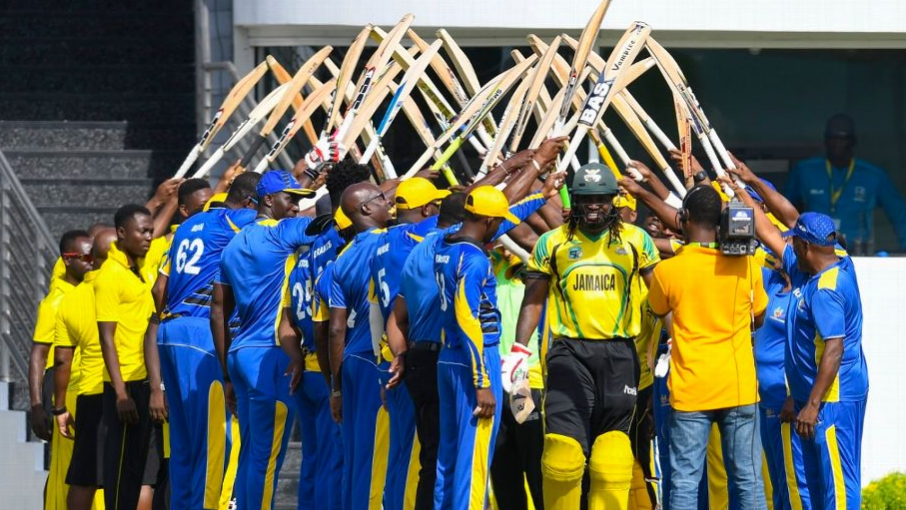 West Indies cricketer Chris Gayle has signed off from List-A cricket for Jamaica with a match-winning century against Barbados in a Regional Super 50 clash at Kensington Oval.

After announcing that it would be his final 50-over game for Jamaica, Gayle was given a guard of honour by both his team-mates and opponents as he walked out to bat in Bridgetown.

Speaking after the game, Gayle, however, said he would definitely like to play one more four-day game for Jamaica before signing off for his country altogether.

ALSO READ: This bowler will be writing a book with a chapter dedicated…

“It’s very pleasing to get a hundred in my last 50-over game for Jamaica, it’s something I will always cherish,” Gayle said.

“To lead the team to a win makes it more special. It’s been a pleasure representing my country, more so captaining them. I’m thankful and grateful to be standing here aged 39 and still get a century in my last game for Jamaica.”

“There’s a lot in the tank, to be honest, but there’s life after cricket, so have to enjoy life as well. Playing cricket for over 25 years has been a great achievement from a personal point of view, but I have a family now. I have to gel with them as much as possible and watch your kid grow.”

To mark the occasion, Gayle captained Jamaica earlier on Saturday, in place of appointed captain Nikita Miller. Gayle scored 122 runs off 114 balls, with 10 fours and eight sixes, helping carry Jamaica to 226. While Barbados were bowled out for 193 in the chase.

Additionally, Gayle picked his record-breaking partnership with Leon Garrick in 2001 as his fondest memory with Jamaica. The pair carved their names into the record books with the first quadruple-century opening stand in West Indian first-class history. Gayle, 21 then, made 208 not out while Garrick, five years his senior, made exactly 200 not out.

“That’s a special partnership, my most special memory is not from international cricket but for Jamaica. That partnership with Leon is special.”

“Also, the two triple hundreds in Tests, the double-century in ODIs [against Zimbabwe at the 2015 World Cup] and the first T20I century by a West Indian – these will all be special, but the 400-partnership will stand out,” Gayle added.

Meanwhile, Gayle has expressed his desire to play in the 2019 World Cup – and he will continue playing as a freelance T20 cricketer across the world, with his next assignment with Balkh Legends in the inaugural Afghan Premier League in Sharjah.