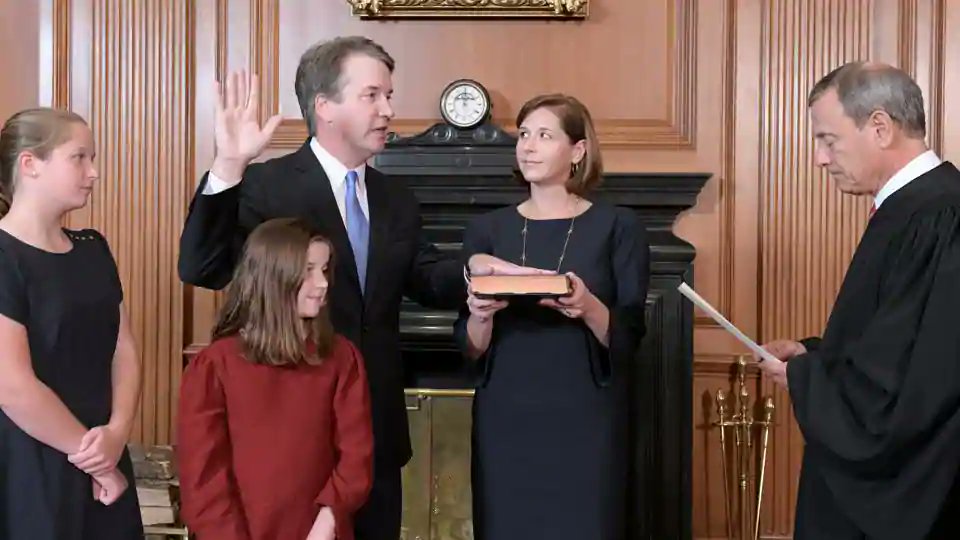 On Saturday, Judge Brett Kavanaugh was sworn-in as the US Supreme Court Justice, after the Senate confirmed his nomination.

The Senate voted 50 to 48, the closest Senate confirmation vote in more than a century. Coming ahead of the crucial November 6 mid-term elections, the confirmation of Kavanaugh as Supreme Court judge, gives a major moral and political victory to President Donald Trump.

“I stand before you today on the heels of a tremendous victory for our nation, our people and our beloved Constitution,” he told supporters after signing Kavanaugh’s commission aboard Air Force One.

Following the confirmation, a group of protestors gathered near the Supreme Court and chanted “Hey hey, ho ho, Kavanaugh has got to go.” The Republicans are confronting an electrified Democratic base led by women infuriated by the treatment of Christine Blasey Ford, who detailed in emotional testimony last week her allegations that Kavanaugh sexually assaulted her when both were teenagers. Kavanaugh has denied the allegations.

“The crowd in front of the U.S. Supreme Court is tiny, looks like about 200 people (& most are onlookers) – that wouldn’t even fill the first couple of rows of our Kansas Rally, or any of our Rallies for that matter! The Fake News Media tries to make it look sooo big, & it’s not!” Trump tweeted, refuting the news of protest as fake news.