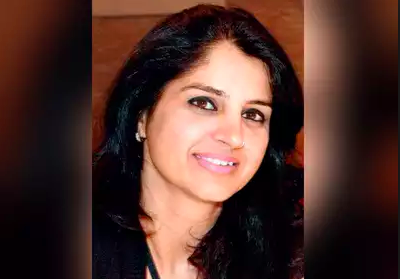 Mumbai: 45-year-old fashion designer, Sunita Singh who used to live with her son and his fiancee, was found dead in the bathroom of her flat in Lokhandwala on Thursday. Her son, Lakshay told the police that on Thursday morning the bathroom door was locked from inside, when there was no response he broke the door and found Sunita lying on the floor in a pool of blood.

“Lakshya told the police that he was upset and first went to a temple. He then visited a jeweller, family friend, who lives in the vicinity, to seek help in shifting his mother to hospital. He said that when the jeweller told him to contact the police, Lakshya summoned a private ambulance. He also simultaneously contacted his relatives in Delhi. The residents of the building came to know of the incident when the ambulance reached the building, and by the time the residents informed the police, it was afternoon. The police shifted the body to Cooper Hospital for post-mortem,’’ said an officer from Oshiwara police station.

Senior Police Inspector Sailesh Pasalwar said, “For now, an accidental death report (ADR) has been registered. We are investigating the case. The woman’s son and his fiancée are being questioned. We will also question the jeweller and the person who had brought the private ambulance to the building.”

The police said that they are further investigating the case and other possibilities of substance abuse.