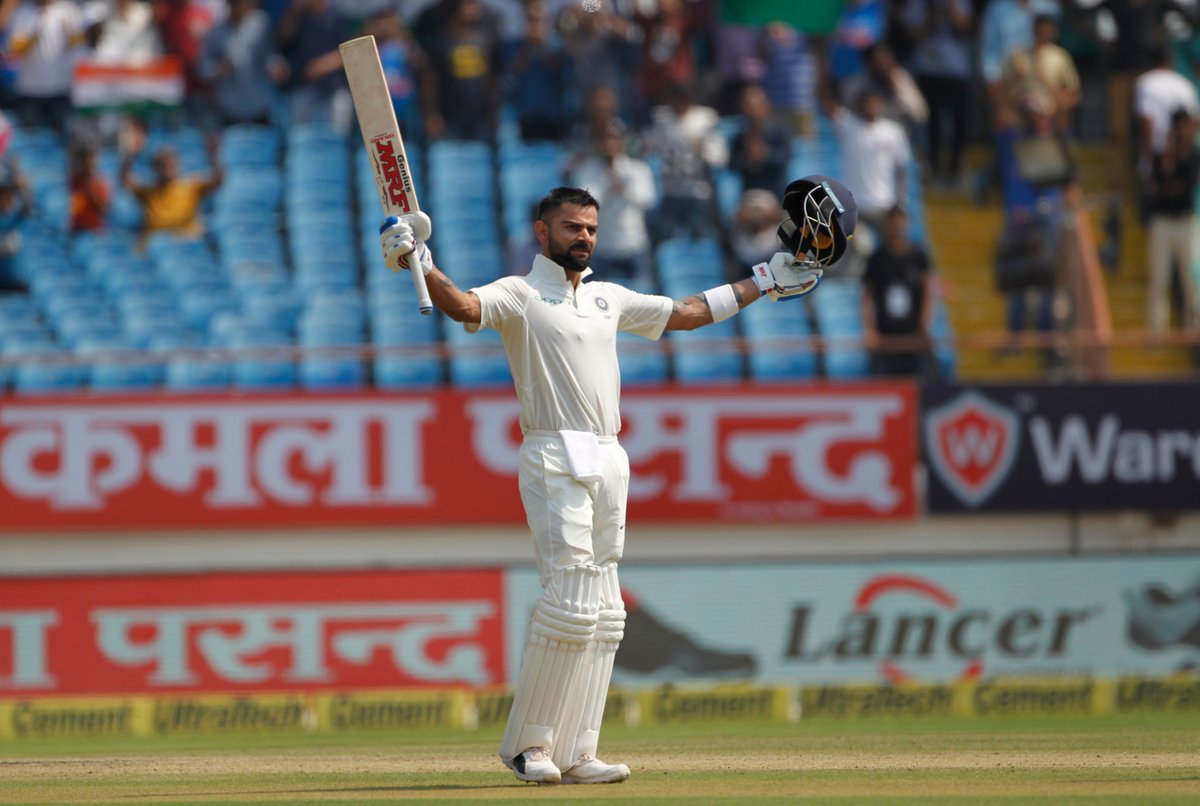 Rajkot: It was Indian skipper Virat Kohli who once again took the spotlight on the second day of the first test against West Indies as he scored his 24th test century becoming second fastest batsman to reach the benchmark.

ALSO READ: All you need to know about Prithvi Shaw, who scored a ton on debut

Kohli, who was unbeaten on 72 at stumps on Day 1, also became the joint-quickest to reach 3,000 Test runs in India, sharing the top spot with Cheteshwar Pujara, who was dismissed for 86 on Day 1.

At the time of filing of this report, India were 556/7 with Ravindra Jadeja and Kuldeep Yadav on strike.