Home News For Kids The ‘Spot’ story; where do giraffes get their pattern from
ShareTweetGoogleWhatsappPrint
Mail

A new study suggests that the mottled patterns that adorn Africa’s tallest creatures are passed down from their mothers.

A giraffe calf inherits spots that are similar to those of its mother in terms of roundness and the smoothness of the spots. The size and shape of those splotches can also affect a giraffe’s chances of surviving in the wild. 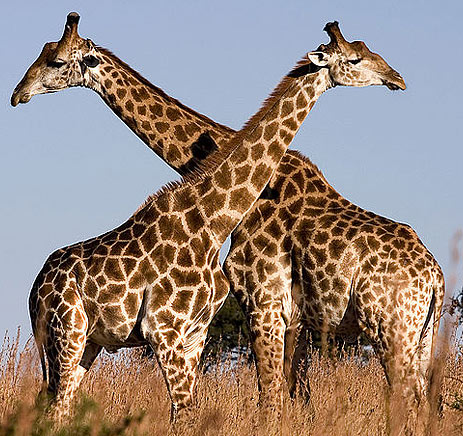 Like tigers, zebras and jaguars, giraffes are also covered in patterns that aid in regulating body temperature and help signal other animals that they’re part of the same species. The markings also act as a camouflage, to hide and secure them from predators.

Enthusiasts “kept asking us ‘Why do giraffes have spots?’ and do calves inherit their spot patterns?” says Derek Lee, a quantitative wildlife biologist at Penn State who is also principal scientist at the Wild Nature Institute, which is based in Concord, N.H. “We didn’t have any answers, so we used our data to get them.”

Previously, scientists have suggested that the pattern of animals’ spots and stripes is conferred at random, or can be influenced by environmental factors. Suspecting a hereditary link, Lee and colleagues spent four years photographing the coats of 31 mother-and-baby giraffe sets in Tanzania from 2012 to 2016. Image analysis software then helped the researchers compare the patterns within each pair according to 11 traits, including spot shape, size and colour.

Spots of the mother giraffes matched the spots of their calves. Hence, scientists thought that certain traits related to the shape, size and color of these patterns could be inherited.

Two traits in particular, the roundness of the spots and the smoothness of their borders, were strikingly similar between mothers and their calves — which the team interpreted as a sign that the spot patterns are inherited.

The team was also interested in seeing how well the youngsters’ spots allowed the animals to blend in with their surroundings to evade predators. So, the researchers widened their pool of subjects to 258 calves, seeking to photograph each one, six times a year for the four years of the study. Each successful photograph represented a “recapture” scenario. The team then ran the data through statistical analyses to estimate the likelihood of survival within the group. Calves with larger, irregularly shaped spots appeared to have the best chances of survival during the first season of life, the scientists report.