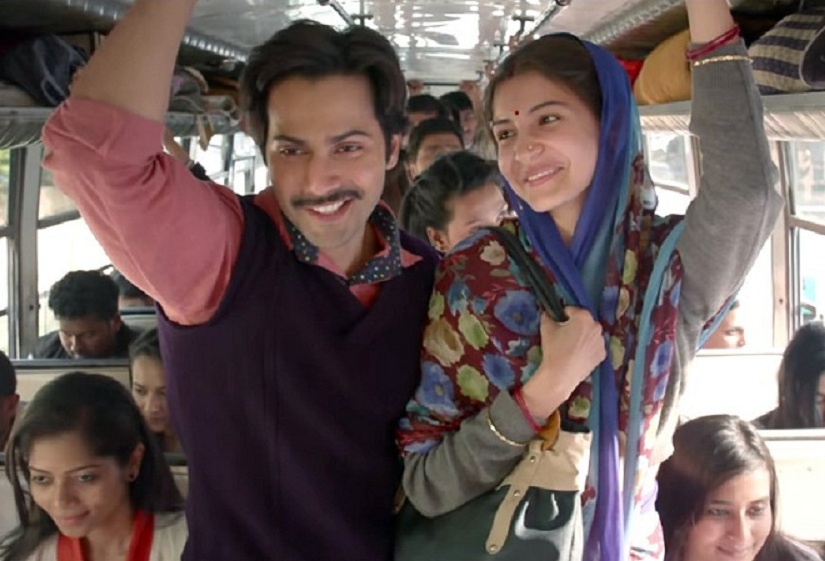 ShareTweetGoogleWhatsappPrint
Mail
Sui Dhaaga is a social drama about a small town couple who aspire to start their own small scale business.
The story is written and directed by Sharad Kataria , the man who gave us the awesome and unforgettable “ Dum Laga ke Haisha”. But what is it about the association with the big studios and big stars that the same director gives us a very tepid and forgettable movie which just about manages to entertain. 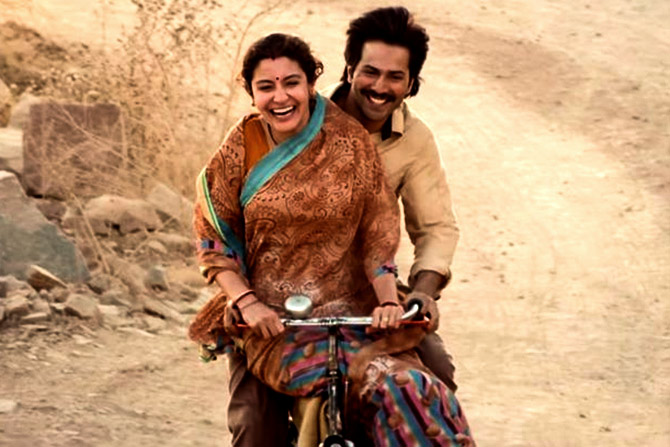 The story begins with an introduction to their life in which Mauji(Varun) is ever optimistic and happy with his very average life as an assistant at a shop. His shabby treatment by his employer or constant scolding by his pessimistic father is not a deterrent to his happiness. His favourite line being “ sab badhiya hai”. His matrimonial life with wife Mamta ( Anushka) is devoid of love or even friendship, so engrossed they are with the nitty gritties of their daily life and household chores.
Mamta who has been a very docile and hardworking housewife eventually manages to motivate him to try to start something of his own . Then begins their journey of struggles and the movie takes a very predictable course of hardships, dealing with shrewd and scheming people and later the obvious underdogs winning the trophy kind of finale.
Sorry for the spoiler but there’s nothing much to spoil.
The director tries to give a realistic touch by showing the daily nuances of their less than meagre financial condition, their daily life and routine, their struggles for the basics. To that effect, the actors playing the part make it worth the while. Raghubir Yadav who plays Mauji’s father and Yamini Das as mother have done a great job. 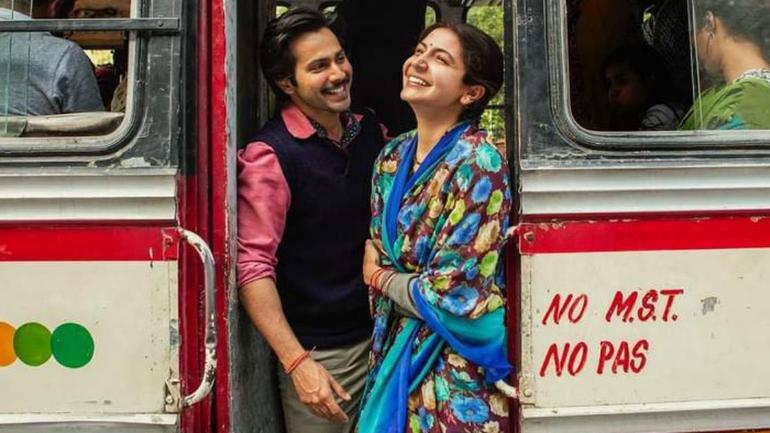 Special mention for Yamini Das for her amazing portrayal so real , she seems to be someone right out of real life. The light humour in the dialogues around this aspect of household routines keeps us entertained .
Varun tries hard but there seemed nothing remarkable about him. Anushka portrayed a starkly different character than whats she’s usually done. As a quiet, docile woman who is very resolute and brave when the time demands , she plays it well with her almost bare faced look.
But when their so called struggles begin, their pains and plight seem forced and out of place . There seemed to be something lacking that failed to move us or connect us . That overtly sentimental background score and song definitely did not help either.
Just as their hardships seemed more scripted than real, so was their ultimate step to success . And it was all very predictable too. There was no feeling of sadness, or pity or jubilation. The proceedings seemed mechanical and so was my connect to the story. 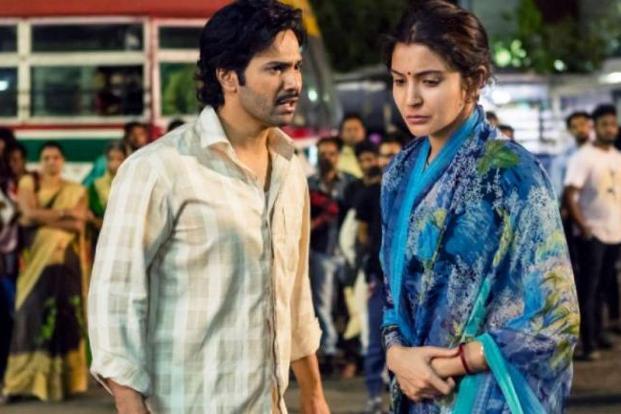 Music by Anu Malik was absolutely bland except for the title score Sui Dhaaga which was very melodious. Overall, I would rate the movie very average and coming from Kataria , I would also add very disappointing.
Wish I had the same optimistic outlook as Mauji and could say “ Sab badhiya hai “ but unfortunately it is not .  Would have to watch Dum Laga Ke .. for the nth time again to overcome the dismay and remind myself of Kataria ‘s brilliance.
Score 6 on 10
ShareTweetGoogleWhatsappPrint
Mail