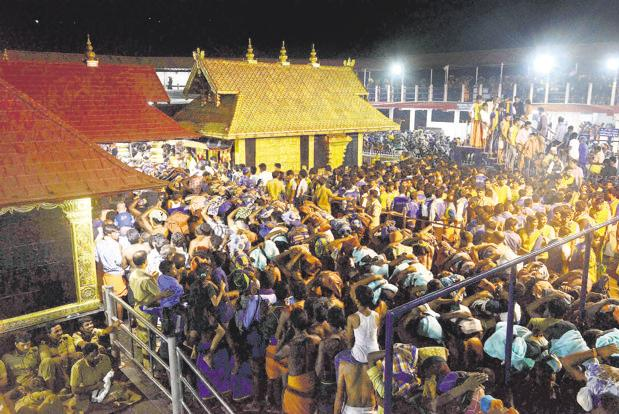 The Supreme Court on Friday granted women of all ages the right to enter the Sabarimala temple, reversing the Kerala shrine’s tradition of barring girls and women of menstruating age—10-50 years.

While pronouncing the order, the Chief Justice of India (CJI) Dipak Misra said that the ban on women from entering the temple violated the constitutional principles of the country. CJI further said that the rights of women should be no lesser than their male counterparts, and devotion cannot be subjected to gender discrimination.

The Sabarimala temple, located in Kerala’s Pathanamthitta district, is dedicated to the Hindu deity Ayyappan. The temple management considers the deity to be eternal celibate which debarred women from entering the temple.