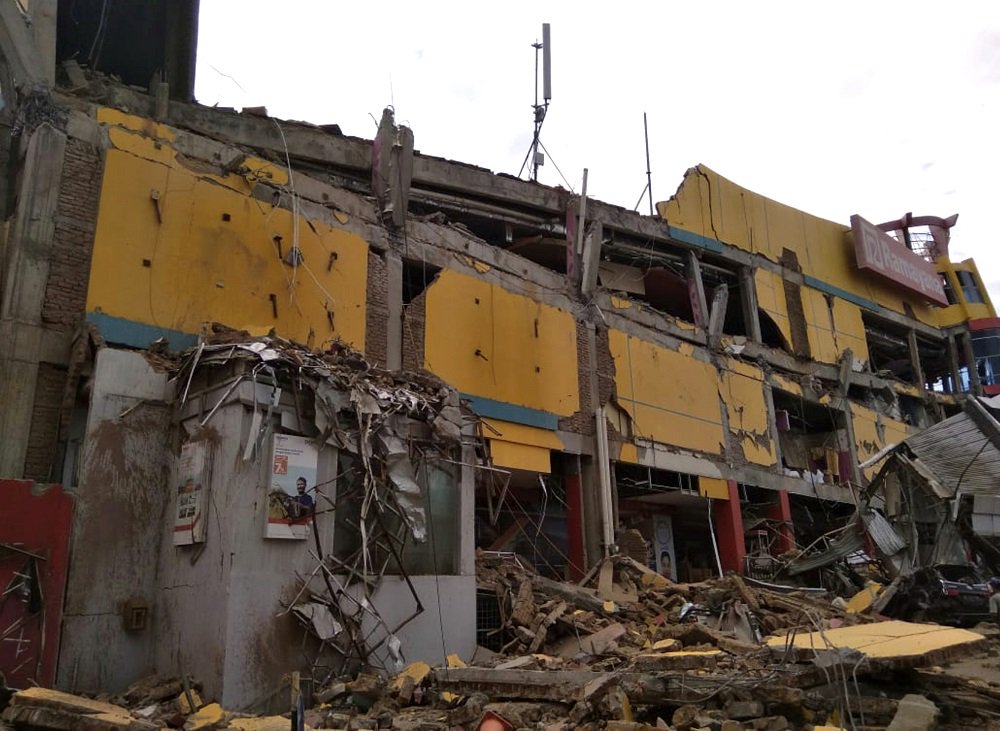 At least 384 people killed after a strong Tsunami and Earthquake hit Indonesia’s Palu on Friday, a hospital official told Metro TV in a report broadcast on Saturday. A tsunami up to two metres (six feet) high swept through Palu at dusk and a 7.5 magnitude earthquake also rocked the city.

“Bodies of victims were found in several places, because they were hit by the rubble of collapsing buildings or swept by tsunami … but we are still collecting data,” Sutopo Purwo Nugroho, National Disaster Mitigation Agency spokesman said on Saturday.

The rescue numbers were also shared on social media:

People across the world flooded social media by the Tsunami and Earthquake videos:

OMG! Terrifying video of tsunami hitting Palu in Indonesia after 7.7 earthquake😞😞 God please save them ! And we all should pray for them to recover soon 😞#Tsunami #Palu #Donggala #PrayForIndonesia pic.twitter.com/5RjvNnKcbo

#Indonesia #mosque in #palu #sulawesi in three images: first everything ok, second after the #earthquake (friday prayers I guess, so busy) and the third after the #tsunami that followd. #PrayForDonggala #PrayForPalu #PrayForIndonesiapic.twitter.com/mZa4lWr7FN