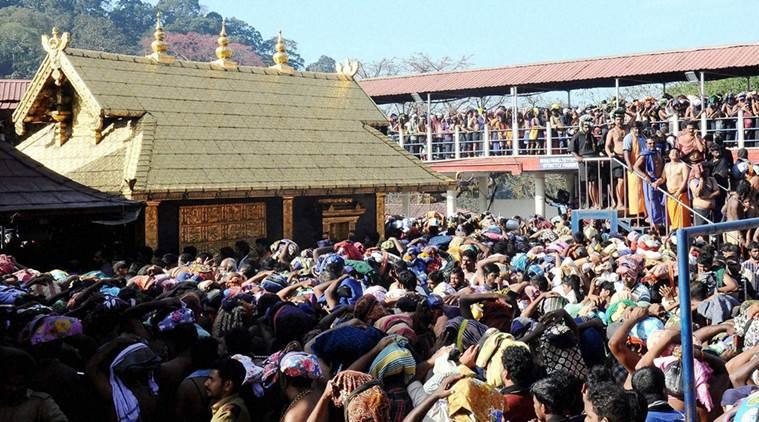 In a landmark majority verdict, the Supreme Court on Friday, said that all women can enter Kerala’s Sabarimala temple, breaking the temple’s age-old tradition of restricting menstruating women from entering its premises.

Till now entry of women between the age of 10 and 50, who were considered ‘impure’, was banned.

CJI Dipak Misra, who wrote the judgment on behalf of himself and Justice Khanwilkar said

ALSO READ: All you need to know about Parakram Parv (Surgical Strike Day)

Justice Indu Malhotra, the only woman and dissenting judge in the 4:1 verdict said

After the verdict The Travancore Devaswom Board has said that they will file a review petition against the Supreme Court’s verdict.

“We will go for a review petition after getting support from other religious heads,” he said.

Sabarimala Tantri Kantararu Rajeevaru expressed disappointment at the verdict but said his family will abide by the apex court’s ruling. The Pandalam royal family, which is custodian of the temple and associated with rituals, too called the verdict disappointing.

A clutch of petitions had challenged the ban, which was upheld by the Kerala High Court. The HC had ruled that only the ‘tantri (priest)’ was empowered to decide on traditions. The petitioners, including Indian Young Lawyers Association and Happy to Bleed, argued in court that the tradition is discriminatory in nature and stigmatised women, and that women should be allowed to pray at the place of their choice.