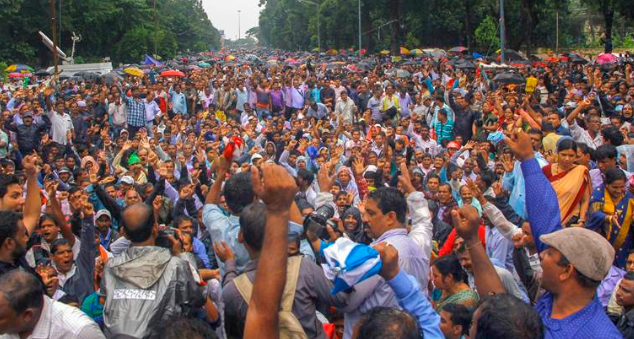 The Odisha government has adopted ‘No Work No Pay’ policy in the School and Mass Education (SME) department where officials had gone on a 40-day strike recently.

In a letter on Thursday to all SME directors, Additional Secretary to the state government Prabhat Kumar Bhoi has directed to implement the order.

ALSO READ: Delhi gurudwaras to use biogas for preparation of langar food

“I am directed to intimate you that it has been decided to adopt the principle of ‘No Work No Pay’ in respect of the Officers/Officials those who have participated in the strike neglecting their official assignments since long,” the letter read.

Further, the letter instructs, “You are, therefore, requested to report compliance of the same to this Department for kind appraisal of the Principal Secretary.”

Earlier on September 24, teachers, lecturers and other employees of block grant schools and colleges resumed duty after a prolonged strike. However, they are continuing the protest symbolically by wearing black badges in order to press for their demands.