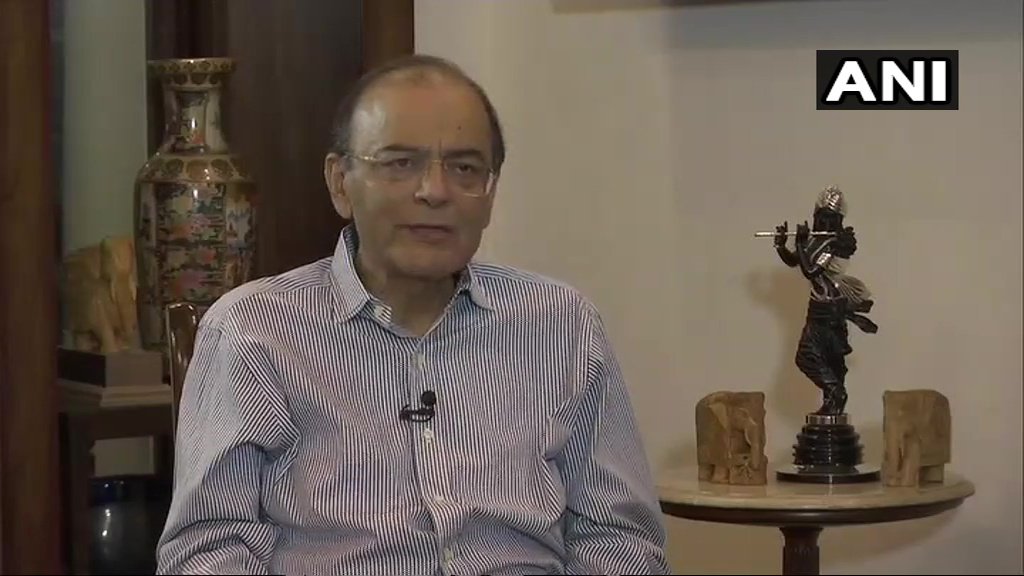 “Public discourse laughter challenge nahi hai,aap kabhi kisi ko hug karlo, aankh maaro,phir galat bayan 10 baar dete raho. Loktantra mein prahar hote hain, lekin shabdavali aisi ho jisme buddhi dikhai de,” he told news agency ANI.  (Public discourse is not a laughter challenge, you go and hug someone, wink at someone, then keep giving wrong statements. In a democracy you have right to criticize but the choice of words should be such that it shows some semblance of intelligence.)

Responding to Hollande’s statement on the controversy, Jaitley said that it would not come as a surprise if the entire thing is ‘orchestrated.’

“I think he (Rahul Gandhi) is in some kind of a revenge mode. I won’t be surprised if the whole thing is being orchestrated. On August 30, why did he tweet “Just wait for a while, some bombs are going to be burst in Paris”? And then what happens is in perfect rhythm with what he predicted,” Jaitley said.

Rahul Gandhi on August 30th  tweeted,” Globalised corruption. This #Rafale aircraft really does fly far and fast! It’s also going to drop some big bunker buster bombs in the next couple of weeks. Modi Ji please tell Anil, there is a big problem in France”.

Just a day after, on August 31st, in an interview, Francois Hollande said that French side had no role in deciding the offset partner for Dassault and the name of Reliance was given by the Indian side.

Taking a dig at Rahul Gandhi, Jaitley added, “Pity Rahul Gandhi’s understanding- how is it a scandal if a dozen Indian companies say that for a 56,000cr contract, if offsets are going to be 28,000cr, I want to be among the 20 who are going to make offset supplies?Everyone will get 2000-4000cr. How is it impropriety?”

Answering the question as to why PM has not spoken on the issue, Jaitley said,” Let me tell you, those who are to speak have spoken. Merely because somebody can resort to untruths and vulgarity is no reason for the PM to participate in a debate of this kind.”