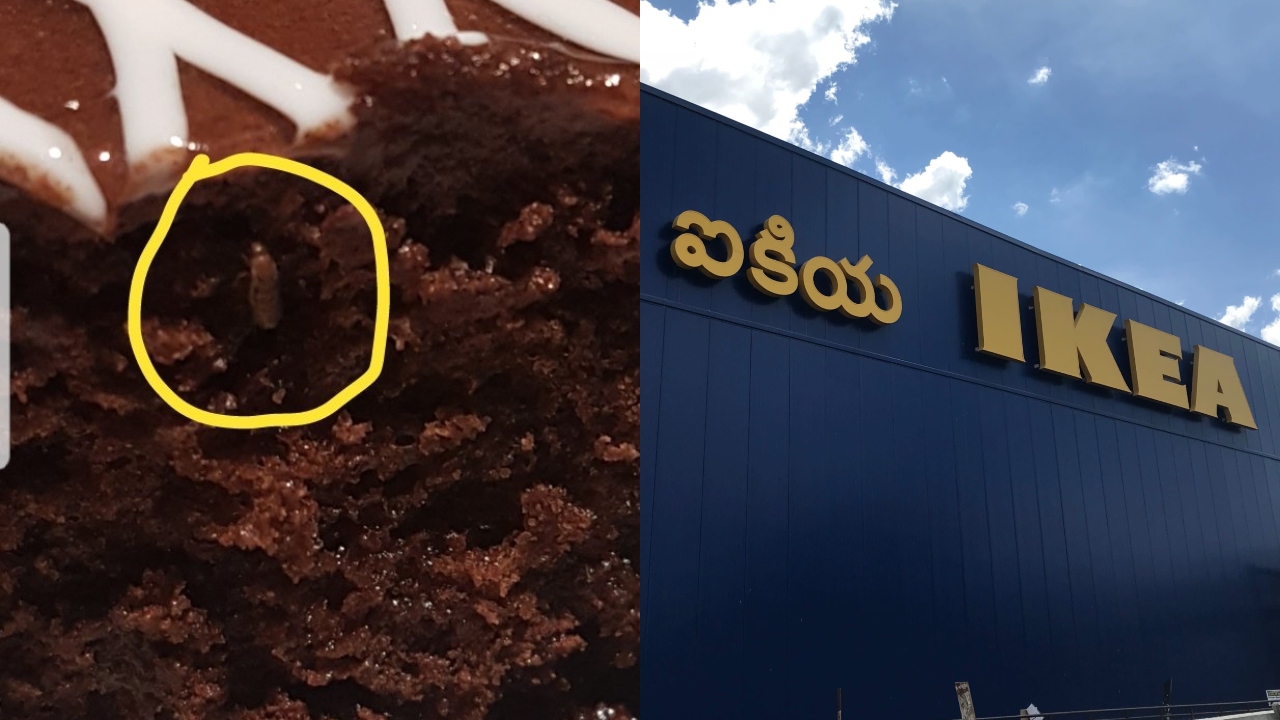 Weeks before a man found a bug in his Biryani served at IKEA restaurant in Hyderabad another man has complained about an insect crawling on cake he ordered from the same restaurant.

The customer, Kishore, tweeted on September 12 that he found the insect inside a slice of chocolate cake while his daughter was eating the dessert at the IKEA store. He also posted a video of the cake. On September 19 he again posted a video claiming that no step has been taken by the municipal agency.

IKEA on Thursday expressed regret over the incident. “In our Hyderabad restaurant when a customer was eating a chocolate cake which he bought, a fly was seen on the cake which eventually flew away. We regret this and apologise to our customer for the unfortunate experience. We are taking steps to avoid such occurrences,” an IKEA spokesperson said.

When the last incident happened, where the customer reported about the bug in Biryani, IKEA fined Rs 11,500.
ShareTweetGoogleWhatsappPrint
Mail