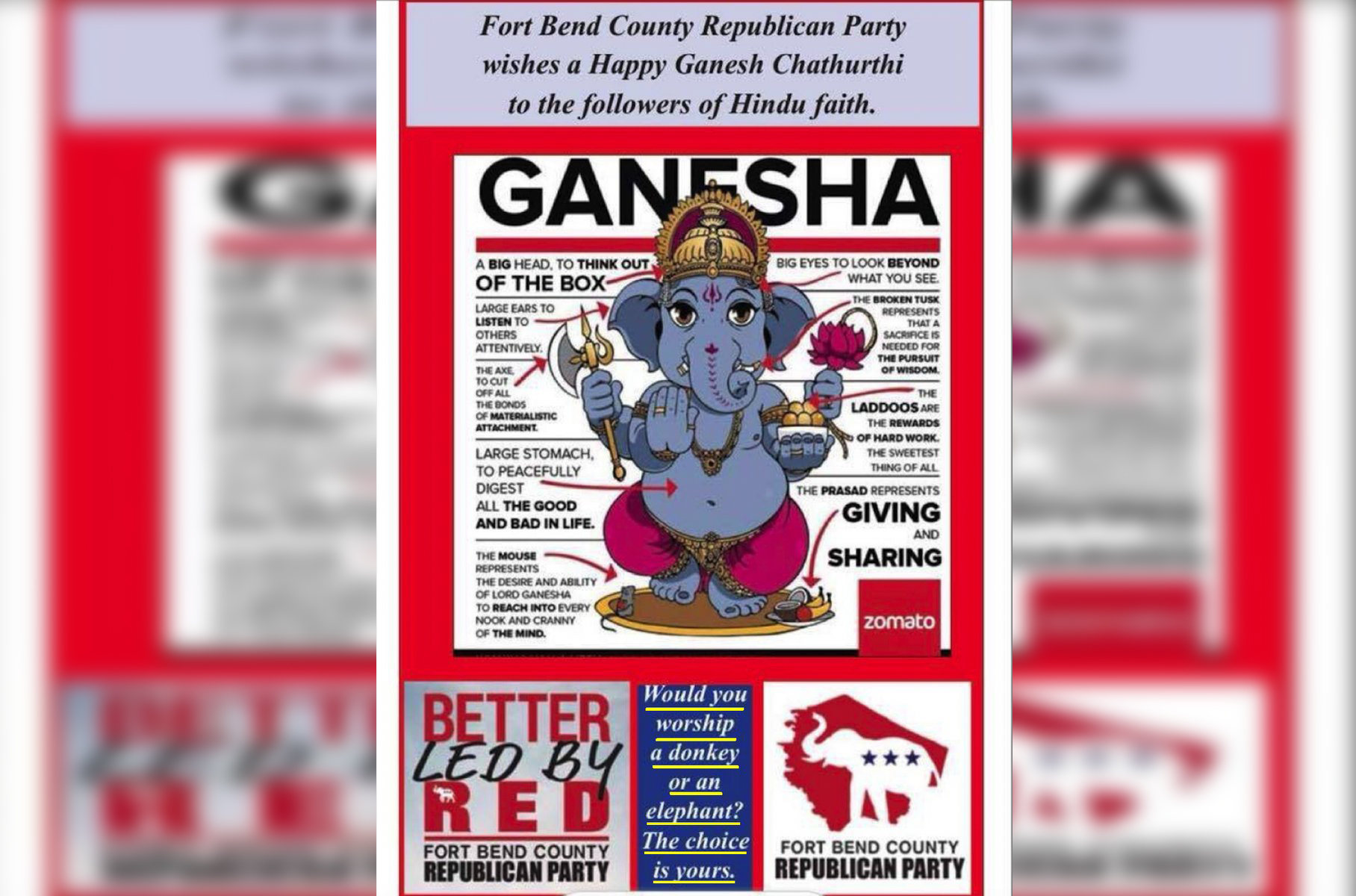 The Republican party has apologised after an ad sponsored by Fort Bend County created controversy within the Asian American community in Texas.

In its recent ad Campaign, Fort places an ad in a newspaper wishing Hindus a happy Ganesh Chaturthi. Likening the god to the Republican Party’s elephant symbol, the ad read, ‘Would you worship a donkey or an elephant? The choice is yours.’

Asking Hindu-Americans if they would rather vote for a donkey or an elephant by comparing Ganesha, a religious figure, to a political party is highly inappropriate.

On Wednesday, Fort Bend County Republican Party Chairman Jacey Jettonin, in a statement, said that the ad was placed in ‘celebration’ of the holiday.

“This ad was created with input from those of Hindu faith so that we could properly pay respect to the sacred festival,” Jetton wrote. “This highlights the difficulty in outreach that can be positive for one group but not for another in the same community. We offer our sincerest apologies to anyone that was offended by the ad. Obviously, that was not the intent.”