With every passing day there has been a new innovation in the automotive, but not every new feature reaches the consumer, but one feature manufacturers have been putting on their concepts for decades that hasn’t gone away is now making it into production on the recently redesigned 2019 Lexus ES.

It’s the cameras that replace traditional wing mirrors, and the Lexus is the first mass-production car to bring that to the market. 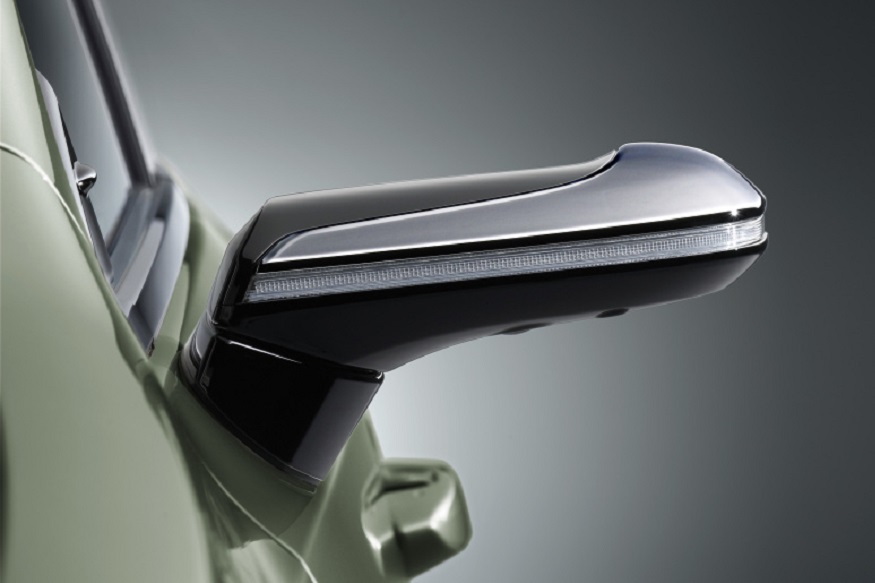 Of course, the Lexus isn’t the only car we’ve seen lately to use cameras to replace wing mirrors, but the new ES has beaten the Audi E-tron to market by quite a distance. However, there is a caveat here — the feature is only being offered by Lexus in Japan at the moment.

The 2019 Lexus ES in Japan sees its side mirrors replaced with small, aerodynamic camera stalks. These small cameras provide a constant video feed that gets sent to a pair of five-inch screens located at the base of the car’s A-pillars. The main reason manufacturers are so keen to introduce this kind of technology is to improve aerodynamics, although the gimmick factor can’t be overlooked here either. On the serious side of things though, by swapping traditional bulky side mirrors for something much smaller means less drag is created, which ultimately leads to improved fuel economy.

ALSO READ: Get your hands on Lexus hybrid luxury sedan at Rs 59.13 lakh

There are other benefits too, including the cameras being able to resist the buildup of raindrops or snow thanks to their design, and better visibility in all conditions. And as the cameras cause less drag than mirrors, there’s less annoying wind noise too. Lexus has also “enhanced” the view for the driver when the indicators are activated to provide better rearward vision when reversing.

American consumers who can’t wait to be able to buy vehicles with this technology may have to wait quite a while though. Although the technology is legal for use on roads in Europe, and the Audi E-Tron will put it into the market by the end of this year, camera mirrors on vehicles are not yet legal in the United States. There’s no doubt Audi wants to bring the E-Tron with its futuristic camera-mirrors to the US as soon as it can, but before that happens legislators will have to be convinced first.