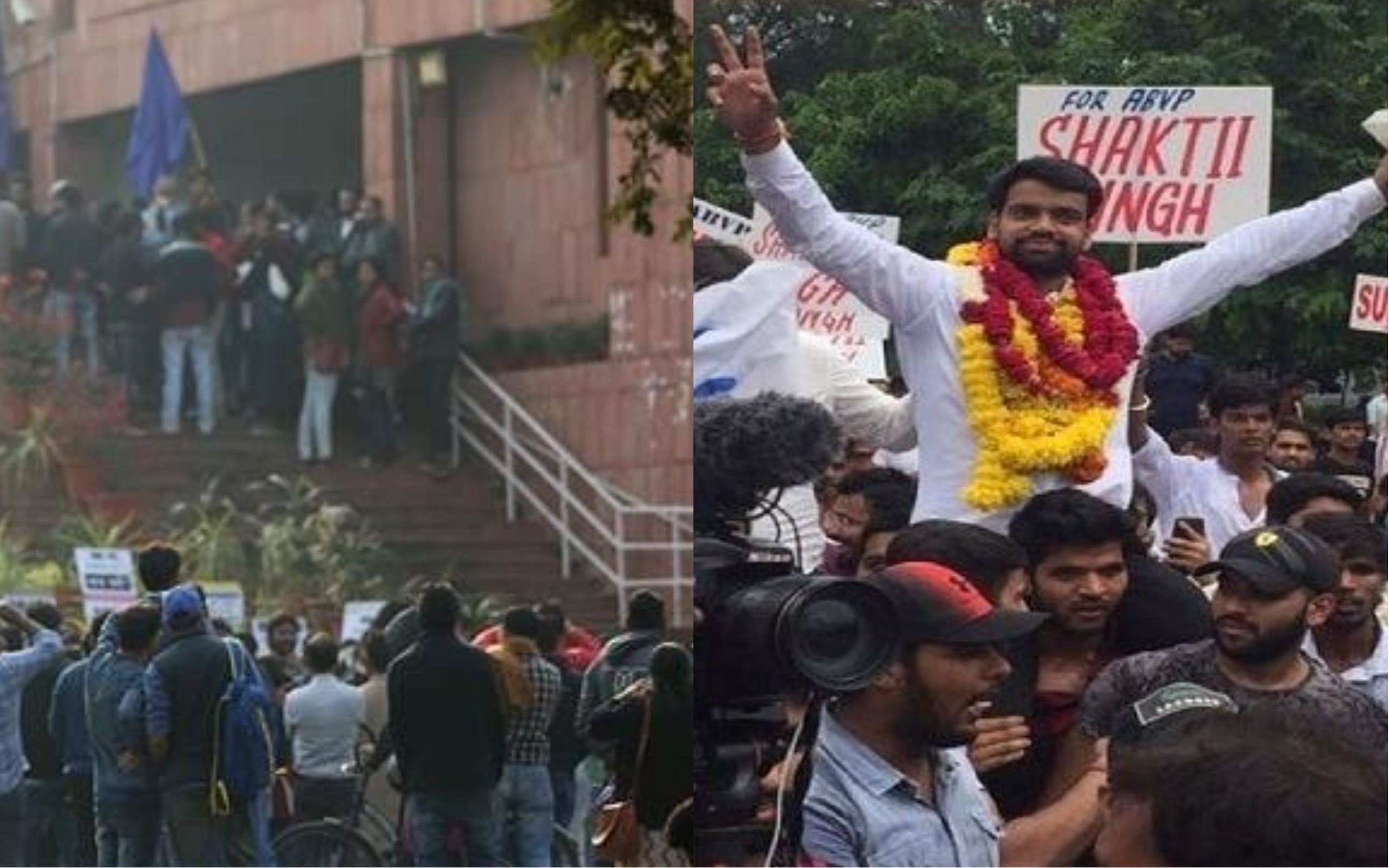 ABVP blamed the Election Commission for stoppage of counting of votes in the JNU Student Union elections which were held on Friday. The counting stopped because ABVP protested about not knowing that the elections are being held in JNU.

Members of Left student unions alleged that the ABVP created a ruckus. The ABVP denied the allegation.

“The counting process, which began on September 14 at 10 pm has been suspended due to forcible entry into the counting venue and attempts to snatch away the sealed ballot boxes as well as ballot papers from our counting centres,” according to the Left bloc.

They also claimed that their members, including women, faced intimidation. The Left bloc claimed, “Around 4:00am, ABVP broke the glasses of the School of International Studies building. EC stopped the counting indefinitely.” They also claimed the ABVP counting agent was called but he did not turn up on time.

Meanwhile, the Delhi University Students Union elections were held on Thursday but it was suspended for four hours due to technical faults in Electronic Voting Machines (EVMs) and following protest happened by students.

“We had proposed rectification of the faulty EVMs and resumption of the counting but the students were not ready for it. It was decided to suspend counting. A fresh date for the counting will be announced soon,” an election officer for DUSU polls told PTI.

Following this, the National Students’ Union of India (NSUI) alleged that the Akhil Bharatiya Vidyarthi Parishad (ABVP) students rigged the polling machine. NSUI supporters surrounded the counting centre and started raising slogans. They were held back by police barricades.

On Friday, the Akhil Bharatiya Vidyarthi Parishad (ABVP) has won three out of four posts of the Delhi University Students’ Union (DUSU).