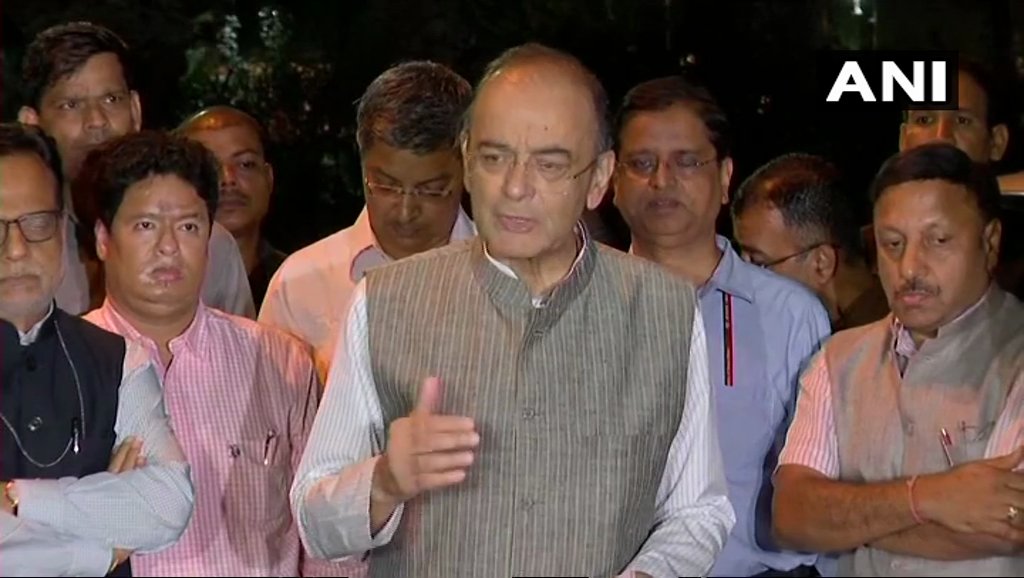 Finance Minister Arun Jaitley on Saturday said that the govt is confident of a growth rate and will strictly maintain 3.3% fiscal deficit target.

Speaking to the media after PM  Modi reviewed various departments of the finance ministry, he said the government is confident of surpassing the 7.2-7.5 percent GDP growth rate projected in the Budget for 2018-19.

The govt is confident that we will have a growth rate higher than what he had projected earlier this year in the budget. The inflation is broadly under control: Finance Minister Arun Jaitley pic.twitter.com/uA7TrrmHRa

Talking about GST, the finance minister said that GST is settling down. “With regard to GST&other indirect taxes, GST is settling down&with the kind of pickup in consumption which has taken place, it will have an impact on GST collection in future months&we’re confident that b/w direct&indirect tax collections, govt would comfortably meet target,” he was quoted as saying by ANI.

He also exuded the confidence of surpassing the Rs 1 lakh crore target from disinvestment proceeds.