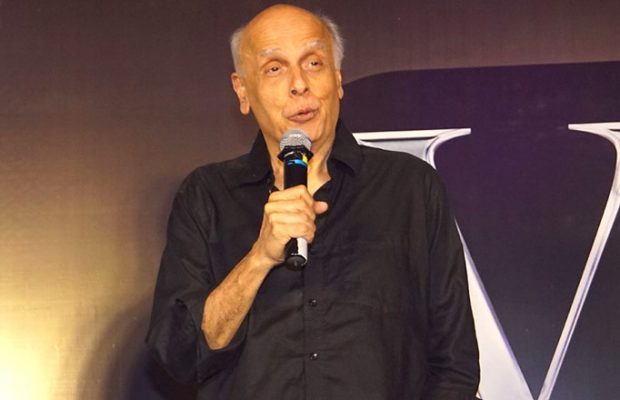 Mahesh Bhatt is all geared up for releasing his film ‘The Dark Side of Life: Mumbai City’, the director raised an issue of mental health in our country, he spoke about depression and suicide cases citing an example of his own daughter, Shaheen Bhatt.

Mahesh Bhatt who was interacting with the media in his trailer launch with his co-actors Nikhil Ratnaparakhi, Allisha Khan, director Tariq Khan and producer Rajesh Pardasani on Monday in Mumbai.

ALSO READ: Dabangg 3 will be out in 2019, confirms Salman Khan

Bhatt said, “It’s a form of mental illness and it can be treated. When you suffer with diabetes then, you have to take insulin shots. Similarly, when you are prone towards depression then you need to consult a doctor who can treat you through medication but, I think in our country, we are lacking in generating awareness about mental illness. Almost in every household people are suffering from depression.”

“My daughter Shaheen, Alia’s elder sister, she, at the age of 16 discovered finally that she is suffering from clinical depression. In October, she is launching her own memoir in which she has talked about the kind of struggle she has gone through in that phase.”

He revealed that she was at the point where she thought about committing suicide. “She also came to a point of attempting a suicide at the age of 12-13 so this is the truth of my own house. Jiah Khan once came to us asking for work but that time somehow, we were not able to work with her, but later when she committed suicide and we visited her house it felt really bad,” he added.

ALSO READ: Check out what Kareena Kapoor Khan has to say on second…

In a Vogue article, Shaheen has also written about her battle with depression. “I’ve lived with depression since I was 12 years old and since then I’ve been suicidal on more than one occasion. I’ve experienced the sheer terror of contemplating a life filled with unrelenting anguish, and I’ve been consumed by the terrifying thought of having but a single means of escape from a bleak, unbearable future,” she had said.