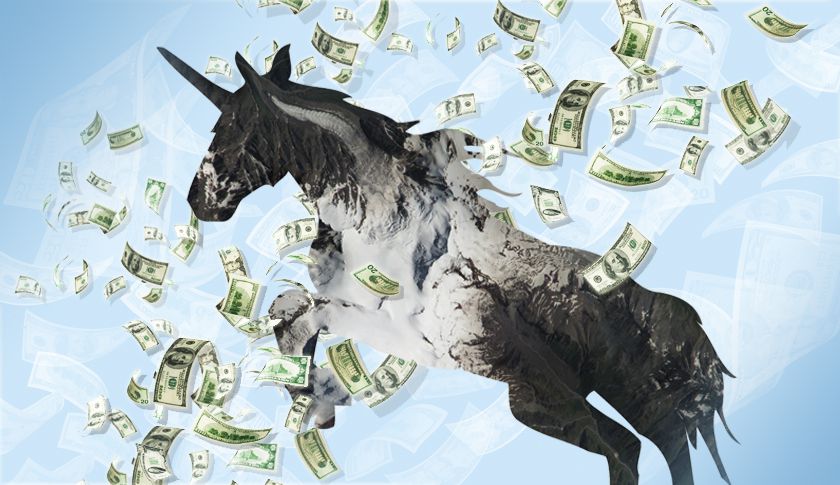 Last week, India got its youngest unicorn Udaan, a start-up that hit the $1 billion valuation in just two years. This set speculations abuzz that 2018 will be the ‘Year of Unicorn’ for India.

Atleast eight start-ups have already achieved the magic valuation this calendar year with a quarter and half to go. According to the ET’s Annual Startup Ecosystem Barometer it will rise to 20 companies this year.

The year started with the Zomato reaching the one billion dollar valuation followed by a slew of investments, after an almost two-year long dry spell. Venture capital investments this year show a change in trend.

Overall venture funding in the first half of 2018 stood at $6.1 billion, a 10.5% drop versus $6.8 billion in the same period last year, according to Yourstory. However, the number of deals have marginally increased to 465 from the 449 deals over the same period.

The jump in the number of unicorns signals the beginning of a boom cycle, and experts worry about companies getting excessively capitalized, the ET report said.

The new unicorns will represent a variety of sectors, such as software, logistics and financial technology, breaking e-commerce dominance in the space, the ET report said.

What is a Unicorn?

For the uninitiated, a unicorn is not a mythical animal represented by a horse with a single straight horn projecting from its forehead. Though it is supposed to be something as rare as that – a technology company with a valuation of more than $1 billion. India currently has 11 companies in the Unicorn Club. The past two years saw only two companies passing the billion-dollar valuation mark.

There are about 255 unicorns globally with a valuation of over $800 billion, according to CB Insights. Of these 17 worth more than $10 billion and Uber worth $68 billion.

Zomato, India’s food delivery and restaurant discovery behemoth, raised $200 million in the first week of February from Ant Small and Micro Financial Services. Media reports suggested that the funding included $50 million in secondary share sales from shareholder Info Edge (India) Ltd. In a filing with the Bombay Stock Exchange (BSE), the company stated that this dilution took Info Edge’s total stake in the company to about 30.91 percent after the fundraise.

In March, The Economic Times reported that Byju’s had silently entered the unicorn club, crossing $1 billion in estimated worth. Entities that infused funds into the company included China’s Tencent and BCCL (Bennett Coleman and Co Ltd). With this fundraise, Byju’s became the first Indian edtech company to enter the unicorn club.

Media reports now suggest that the company is gearing up for another massive fundraise, at a valuation of $1.8 – $2 billion from new investors as well as existing investor Tencent Holdings.

After much speculation in the market, online retailer Paytm Mall, in the first week of April, announced that it had raised around Rs 2,900 crore from the SoftBank and existing investor Alibaba Group Holding. The funding was estimated to come in four tranches.

Food delivery startup Swiggy raised $210 million in a funding round led by Naspers and DST Global in June. Meituan-Dianping and new investor Coatue Management also invested in this round. Swiggy is considered to have raised a total of $465 million since its inception.

In June, PolicyBazaar’s parent company, ETechAces Marketing & Consulting, became a unicorn when parent company ETechAces Marketing & Consulting raised $200 million. Founder Yashish Dahiya has said that a majority of the investments will be used to build their new telemedicine business, DocPrime, which will also act as a cross-selling platform to leverage PolicyBazaar and PaisaBazaar’s (the group’s lending arm) products.

Insurance will be cross-leveraged as a subscription to cover OPD costs in hospitals while helping connect individuals to doctors.

Chennai-based Freshworks announced that it had raised $100 million from Sequoia Capital, Accel Partners, and CapitalG. This takes the total fundraise of the company to $250 million. The cash infusion will be used to further expand Freshworks’ worldwide expansion and grow its integrated Software-as-a-Service (SaaS) platform.

Indian hotel aggregator OYO is also speculated to have reached a billion-dollar valuation earlier this year before it kick-started its operations in China.  As per the last funding round, OYO raised a $250 million round of funding, which was led by Japanese conglomerate SoftBank.

In the last round of funding of $250 million in 2017, the Gurugram-based company was valued at $850 million. That time SoftBank had invested through its Vision Fund.

8 Udaan: Last round of funding $225 million from Yuri Milner’s DST Global and Lightspeed in September 2018.

Two year old B2B startup, Udaan, has become the fastest unicorn in India after raising $225 million from Yuri Milner’s DST Global and Lightspeed. The B2B e-commerce marketplace connects manufacturers, wholesalers, traders, and retailers. This is the third institutional round for the Delhi-based startups since its inception in 2016.

Older unicorns in the country include Flipkart, Ola, Inmobi and Paytm by raising massive companies like of Tencent, Microsoft, SoftBank and Alibaba.

Companies which are expected to become unicorns this year are online grocer BigBasket and logistics firm Delhivery. Whether the year turns to be the game changer for the start-ups in India and ends with 20 unicorns, remains to be see, but the year will surely be remembered for the amazing start which have achieved this valuation.