Home Home Slider Bharat Bandh on Monday: All you need to know 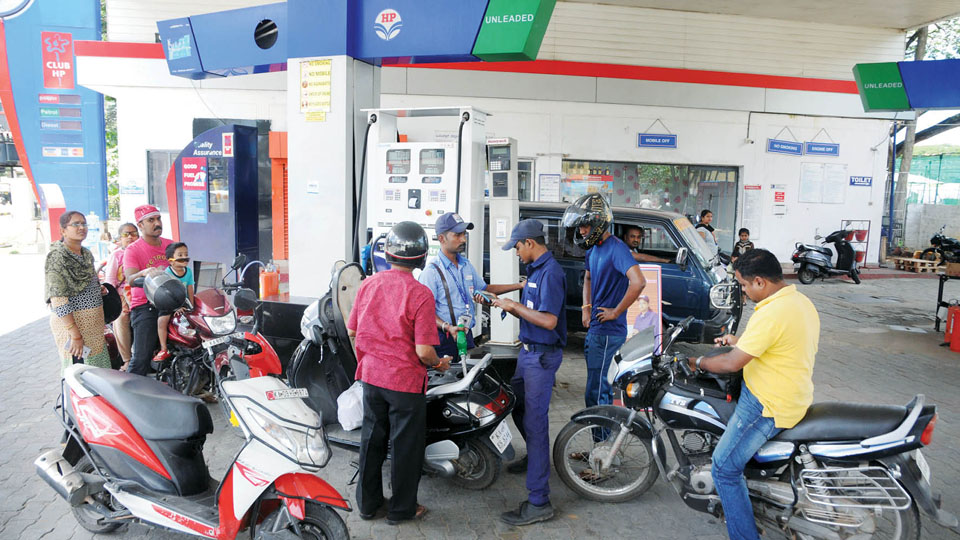 The Congress party has called for a Bharat Bandh against the rising fuel prices.

When is Bharat Bandh?

The bandh will be observed across the country on September 10, between 9 am and 3 pm. Congress communication department head Randeep Surjewala said the timing of the bandh is such that “the common person is not inconvenienced”.

Why is the Opposition calling for bandh?

At a press conference on Sunday, Congress leader Ajay Maken said “Congress party has called for a nationwide ‘Bharat bandh’ against the continuous rise in petrol and diesel prices and the drop in rupee’s value against US dollar. The ‘bandh’ will be violence-free. We request all the businessmen to support us in this.”

Who all are supporting the bandh?

According to reports, 21 political parties including DMK, NCP, RJD, JD(S) have extended their support. The Congress has also asked civil society groups and NGOs to join the nationwide protest.

The Biju Janata Dal (BJD) has been fighting against the price rise of petrol and deisel in the country and it is not for the first time that the country has seen such hike in fuel price. We are neither supporting nor opposing the #BharatBandh: Sasmit Patra, BJD spokesperson pic.twitter.com/yDaKWWP7CP

The Maharashtra Navnirman Sena (MNS) will support the #BharatBandh tomorow over fuel price hike. The strike has been called by Congress and other opposition parties. pic.twitter.com/wUNCOMnJp4

Where will the bandh be observed?

The Bandh will be observed in Maharashtra, Bihar, Karnataka, Odisha, Tamil Nadu. Meanwhile, in West Bengal, the Trinamool Congress said it supports the issues raised by the Opposition but it is against the shutdown and the West Bengal government would take all measures to maintain the public utility services on Monday.

According to reports, airlines have adviced passengers to check in early on Monday.

Schools and colleges across Bengaluru will remain shut as transport services may be affected. These schools will have full-day classes on Saturday (September 15) to compensate for the closure on Monday. Exams scheduled for September 10 are likely to be postponed due to the shutdown.

“Private schools will not participate in the bandh in the interest of students. We have communicated to heads of educational institutions that they can use their discretionary powers to decide on giving a holiday. Schools can declare a holiday provided they conduct classes on Saturday,” TOI quoted Shashi Kumar D, Secretary, Associated Management of Primary and Secondary Schools in Karnataka.

Karnataka Government has declared a public holiday for schools and colleges in Bengaluru as a precautionary measure ahead of Bharat Bandh tomorrow.

#Correction: #Karnataka Government declares public holiday for tomorrow for schools and colleges in Bengaluru as a precautionary measure ahead of #BharatBandh tomorrow. (Original tweet will be deleted) https://t.co/oaStT7d55a