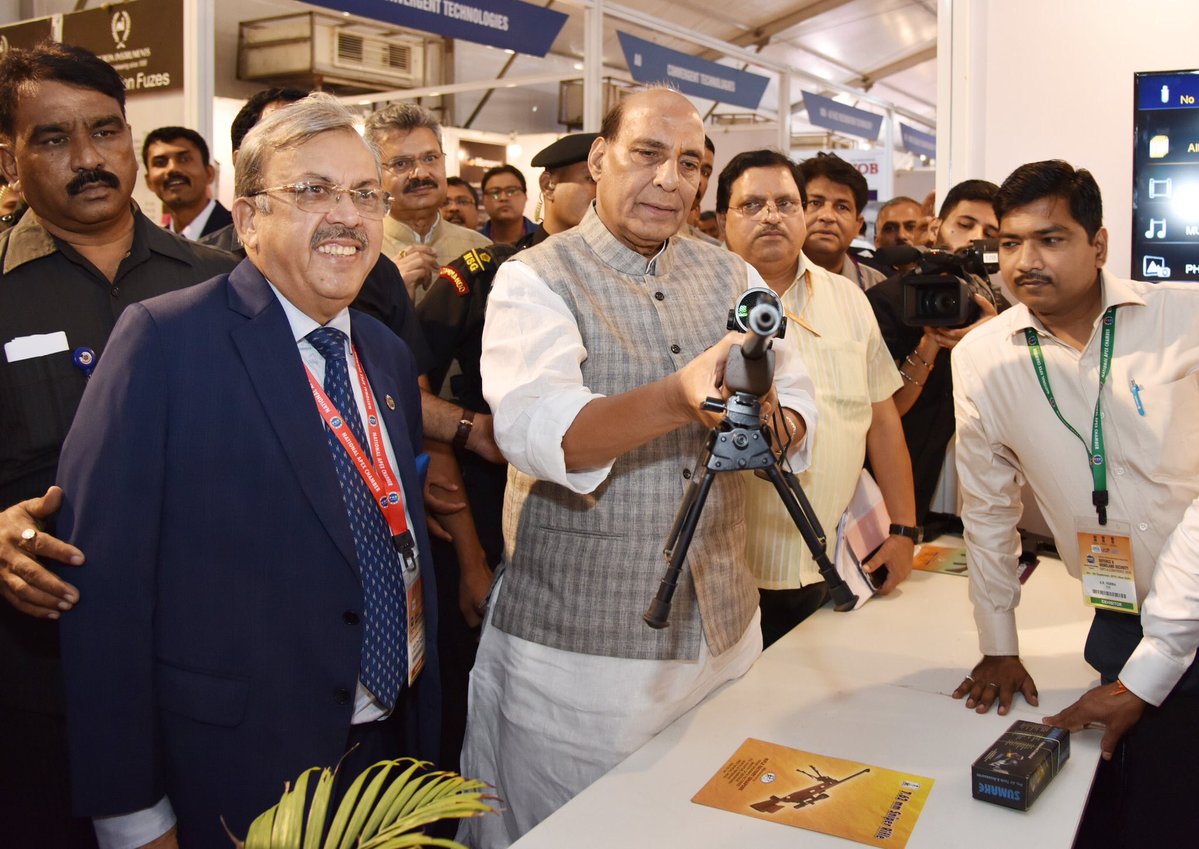 Union Home Minister Rajnath Singh, who inaugurated a three-day Defence and Homeland Security Expo and Conference 2018, on Thursday said, “Security agencies are trying to obtain new software and improved face-recognition technology to enable them to dig deeper into social media about a criminal whose record is unavailable in the police database.”

Attended the inaugural session of the ‘Defence & Homeland Security Expo & Conference’ in New Delhi. India is promoting the production of security & defence equipment, arms & ammunition through its @makeinindia programme. Happy to note that the industry is responding positively. pic.twitter.com/JqXzPlQGJF

“Big criminals use it for buying and selling confidential information,” Singh added.

The Home Minister also talked about the new tech-edge that India’s security agencies are looking forward to obtaining. Speaking about the concept of utilising social media for the identification of criminals, Singh said, “We can track criminals through the CCTV cameras. But at times, it is very difficult to identify and recognise them. We are trying that face recognition technology is better improved so that if a criminal is not identified by CCTV cameras, there should be a technology to get his face recognised. This is what we are trying… We are also trying that if there is no information about criminals in the CCTNS (crime and criminal tracking network system), we should have such software that can dig into the social media network and collate information about such elements.”

Singh said, “We are testing laser fences, radars and non-physical barriers at other border locations in Jammu and Kashmir, Gujarat and Assam. The country’s borders need to be effectively secured. Organised crime and terrorism are the biggest challenges for us. We know that these elements are using new technology and sophisticated weapons. That is why technical upgrade and modernisation of the central and state police forces are necessary and these two should go together.”

The Home Minister also lauded security forces and agencies for their work and stated that it is an achievement for the Central Government that not even one major incident of terrorism has occurred in the country in past four years.

Singh further recounted the efforts taken by his ministry to simplify the weapon, equipment and gadget sale for security forces to a two-tier system and said that in future if need be, more financial powers will be delegated to service chiefs as well.

Singh also urged the defence manufacturing industry to hold discussions for simplifying and streamlining the process for obtaining production licenses.