Trials for the Delhi Metro pink line commenced on Wednesday by the Delhi Metro Rail Corporation between Lajpat Nagar and Mayur Vihar Pocket 1. The line is scheduled to become fully operational by October this year.

The stretch of the new line from Lajpat Nagar to Mayur Vihar is 9.7 kilometres. The commuters should get some relief with this line as the connecting points would include Ashram, Vinoba Puri, Mayur Vihar and more.

After linking the major shopping areas of Delhi, this is the next in line. The trials were commenced by the Managing Director of DMRC, Mangu Singh along with other senior officials in presence. 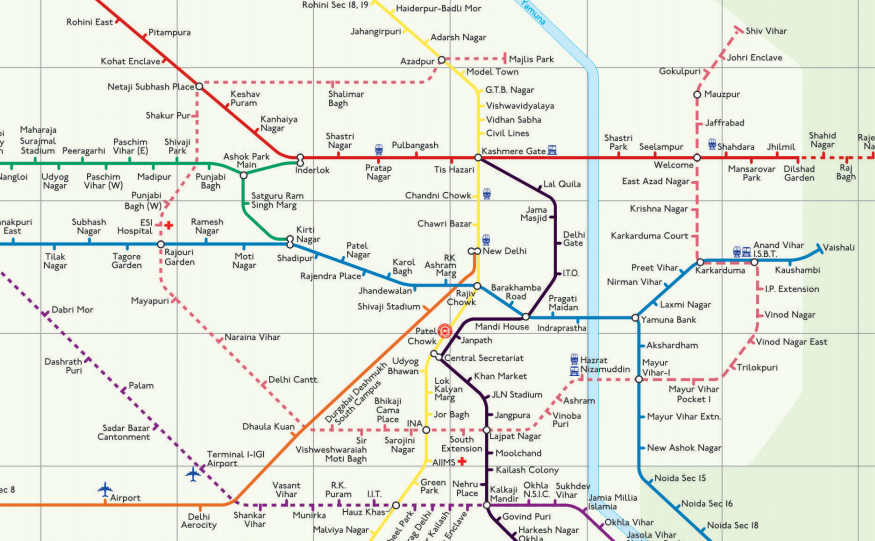 In the test trials, the train interface will be tested to ensure error-free civil infrastructure, thereby, negating the risk of any physical infringement inside the train while the train moves on the track.

The coaches will also be checked for any damage or risk of any kind. A new technology for signals is being used called the Communication Based Train Control or CBTC for the Pink line which will also be tested.

Other areas on which the train will be checked include different speeds at which the train should run, brakes of the train, and the connection with the Operation Control Centre, behaviour of the track system, and the Over Head Electrification.