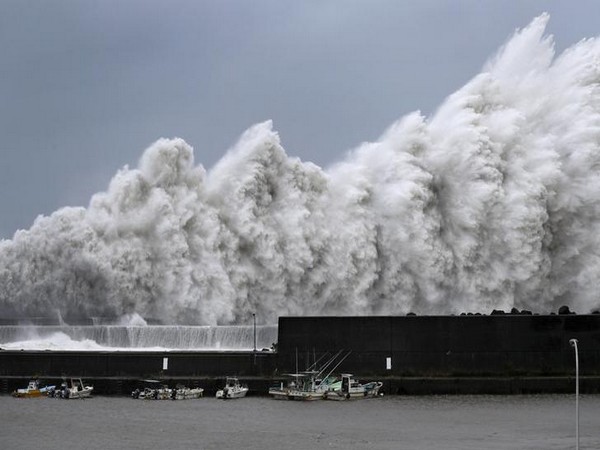 Japanese authorities on Tuesday urged more than a million people to evacuate as Japan was hit by Typhoon Jebi, the strongest and powerful storm to hit the island country in 25 years.

In the wake of extreme conditions, the weather agency has asked people to remain vigilant on chances of flooding and mudslides causing violent winds and disrupting transport services.

Meanwhile, Japan’s Meteorological Agency has issued a caution on torrential rains and an increase in speed of the strong winds in both the eastern and western parts of the country. The typhoon first made landfall in the southern part of Tokushima Prefecture at 12 pm (local time), before striking for the second time near Kobe city at around 2 pm (local time).

ALSO READ: Did you know Google used LEGO bricks for its server cabinet

Typhoon Jebi is expected to cross over the Sea of Japan by late Tuesday, drifting further north, and would weaken to an extratropical cyclone by Wednesday morning, the Meteorological Agency added.

The storm also led to the cancellation of over 800 domestic and international flights and closure of tourist places in Japan. Both Nippon Airways and Japan Airlines have announced the cancellation of nearly 600 flights. Evacuation orders have been issued in some parts of Osaka, Kyoto, Nara, Hyogo, Kagawa, Ehime and Wakayama prefectures. According to the reports, there have been blackouts in Gifu, Aichi and Mie prefectures.

Japanese government spokesperson Yoshihide Suga has urged the public to move to safer places and said it would take all possible means to prepare for a possible crisis.

Japanese Prime Minister Shinzo Abe, who has been campaigning across the country ahead of the ruling Liberal Democratic Party’s leadership election, cancelled his trip to Kyushu region to take stock of the situation.

Japan has been hammered by typhoons in the past and other disasters related to heavy downpour, including massive flooding and landslides that claimed over 220 lives in July.