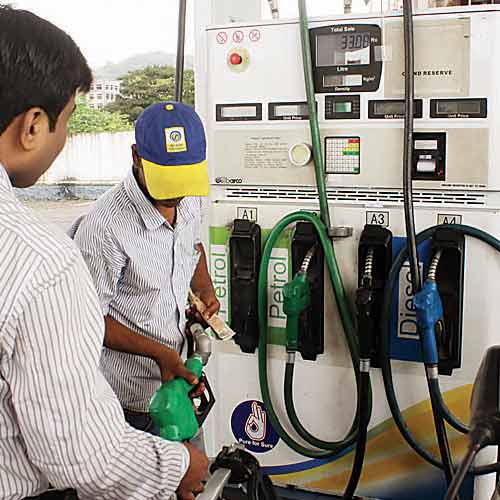 According to officials, the spike in rates is on account of exchange rate falling to a record Rs 71 to a dollar, depreciating by Rs. 2.5 in a month. Also, crude oil has gained $7 a barrel in a fortnight, driven by fears that the US sanctions on Iran will likely contract supplies, reported news agency Press Trust of India (PTI)

Diesel prices rose to its highest levels of Rs 71.15 a litre in Delhi and Rs 75.54 in Mumbai today. Diesel is retailing at a price of Rs 75.19 per litre in Chennai and Rs 74.00 per litre in Kolkata, according to daily price notification issued by state-owned oil firms.

Fuel prices vary from state to state due to local levies. The revised rates are applicable from 6 am on September 3, 2018. The surge in fuel prices is largely attributed to the recent rise in crude oil cost and the high excise duty levied on transportation fuel in the country.

Diesel rates had hit Rs. 69.31 a litre on May 28, but this record was breached on August 27 and on Monday they hit a fresh high.

Globally, oil prices fell on Monday amid rising supply from OPEC and the United States, outweighing concerns that falling Iranian output will tighten markets once US sanctions bite from November.