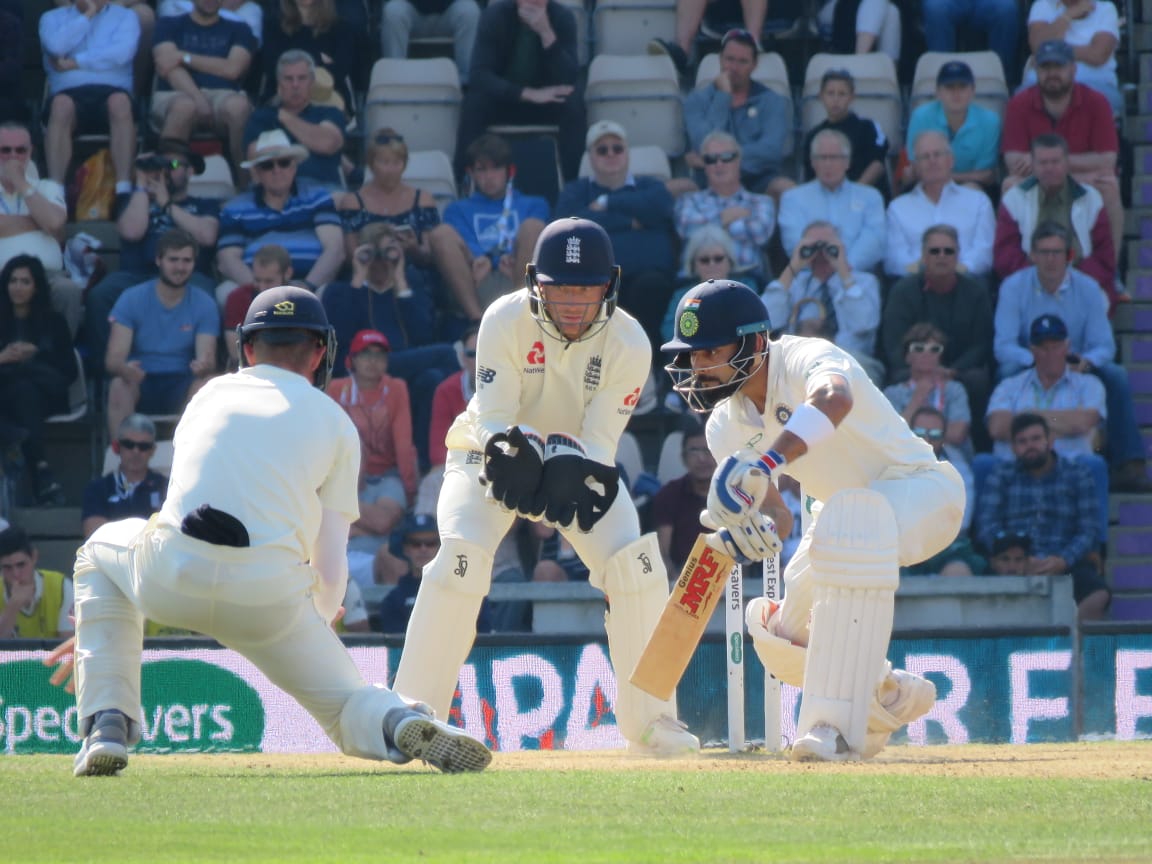 Indian batting once again served as a disappointment as India suffered a 60-run defeat against England in the fourth Test.

Changing a target of 245 runs, the Indian cricket team was bowled out for 184. With a total of 9 wickets in the match, Moeen Ali swung the match and the series in England’s favour.

No players, other than Virat Kohli and Ajinkya Rahane, were able to contribute to India’s chase. Kohli(58) and Rahane(51) added 101 runs off 254 balls. The openers once again failed to deliver as Dhawan (17) and KL Rahul (0) were dismissed in the first session itself.

After Moeen Ali claimed Kohli’s wicket, all hopes of winning were lost as India slumped from 122 for 3 to 163 for 9.

Along with Ali, all-rounder Ben Stokes and James Anderson chipped in with two wickets each crushing India in the run chase.

Under Ravi Shastri’s coaching, India has now lost Test matches in all the countries that are considered to be a tough place for touring teams.

‘There’s a lot of ‘what ifs’, calls that could have gone our way. We could have got maybe a larger lead, Pujara was outstanding to get us ahead. There were many factors, but not many negatives, England played better than us and deserved the win. We need to take the positives into the next Test match,’ Kohli said at the post-match presentation ceremony.

The two teams will meet again for the fifth and final Test which will be played at The Oval in London from September 7.