New York: After four hours and 22 minutes long epic clash, World No 1 Rafael Nadal on Friday defeated 22-year-old Karen Khachanov (Russia) to qualify for the round of 16 of the US Open at the Arthur Ashe Stadium.

One of the most riveting matches of the year saw Khachanov pushing Nadal to the edge. The defending champion’s fighting spirit was on full display and he was forced to find his top gear as Khachanov showed his career-best performance.Nadal won 5-7, 7-5, 7-6(7), 7-6(3). 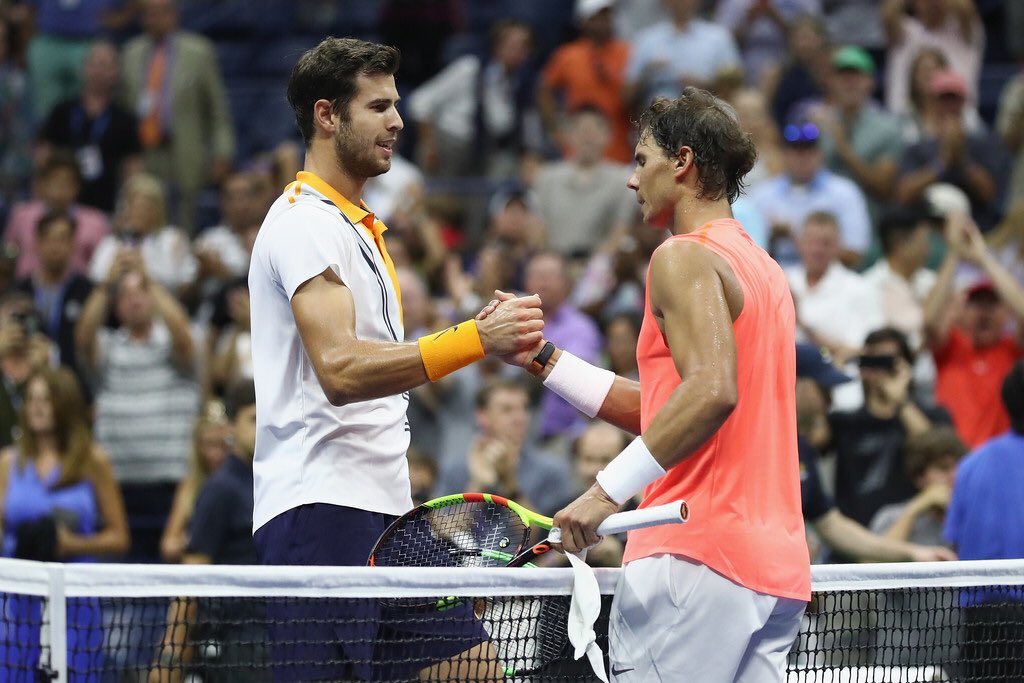 Nadal survived an offensive onslaught from his big-hitting opponent, who launched 66 winners, including 22 aces.

The 32-year-old had earlier thrashed Canadian player Vasek Pospisil 6-3, 6-4, 6-2 in the second round of the tournament. Nadal has now won 25 of his past 26 matches this year.