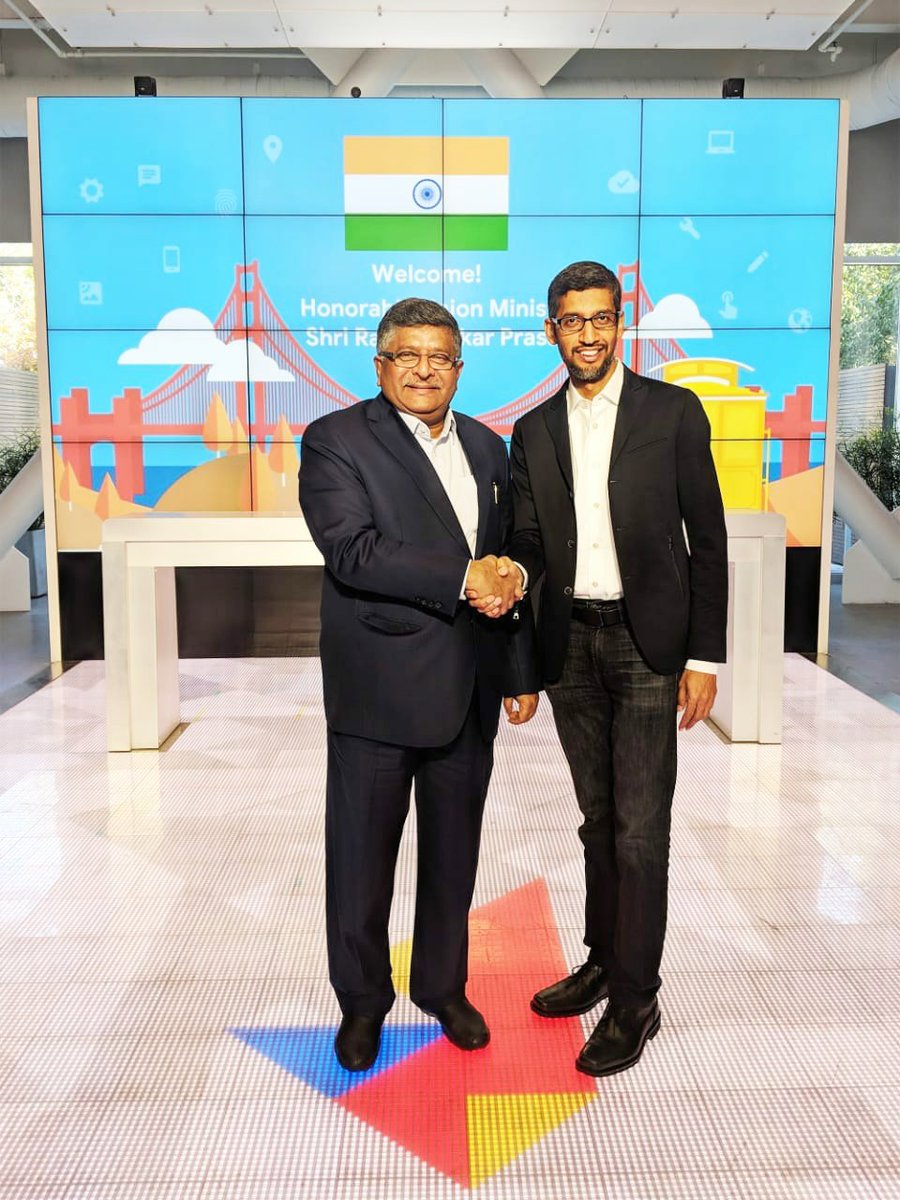 He also called on them to forge deeper partnership with India and invest in an “improved” climate, during his was on a four-day trip to the US. “India offers improved investment climate, growing market, a large pool of talent and improved profitable destination for investment.” He asked the tech giants to invest in tier-II and -III towns.

Briefing executives in one of the forums, Prasad talked about the emerging data security issues in India and emphasised that the government was cognisant of the need to strike a balance between “data availability, data anonymity, data innovation, data security and data privacy”.

Firms such as Apple, Amazon, Mastercard, Microsoft, Qualcomm, Walt Disney, and PayPal, among others, met the minister at a seminar organised by US-India Strategic Partnership Forum and the Consulate General of India. Prasad also met chiefs of Google, Wipro, Oracle,and GE.

Prasad also attended a breakfast meeting with Indian origin technocrats from firms, including those from Genpact, Intel, SAP, WNS Global Services, Mindtree and Quatrro Global and sought their views on ways to expand and energise the start-up sector and cultivate innovative practices.

Prasad visited tech giant Google’s headquarters in Mountain View, California, and met chief executive Sundar Pichai and discussed the role technology could play in empowering Indians. Pichai and his leadership team briefed the minister about the company’s plans for India in the areas of connectivity, Indic languages, artificial intelligence and capacity building of startups and small small enterprises.

After his visit to the Mountain View office of Google, Prasad tweeted

In another tweet, he said: “…Sought greater involvement of Google in digital inclusion programs of India including Digital Village. Asked them to work for creating more awareness among India’s farmers about weather & scientific farming.”

Just 14 kilometers away, was the headquarters of Facebook — the firm at loggerheads with the Indian government over privacy and sharing the origin of messages shared on its chat app, WhatsApp. Though Prasad visited Facebook headquarters, which is at a drive of merely 15 minutes, he gave the site a miss.

The government has issued a couple of notices to WhatsApp to accede to its demand over sharing origin of messages or be prepared to face action. WhatsApp’s payment service has also been stuck for failing to comply with regulations.

Apart from meeting heads of US tech giants, Prasad addressed a roundtable attended by firms including Infosys, Waymo, SVB Financial Group, Palantir Technologies, HP, GE, RBC Capital Markets, McKinsey & Company, and Franklin Templeton Investments, among others. He visited the IBM Innovation Centre, where he was shown the progress made by the company in fields of AI and how it was being used for health care and other sectors.