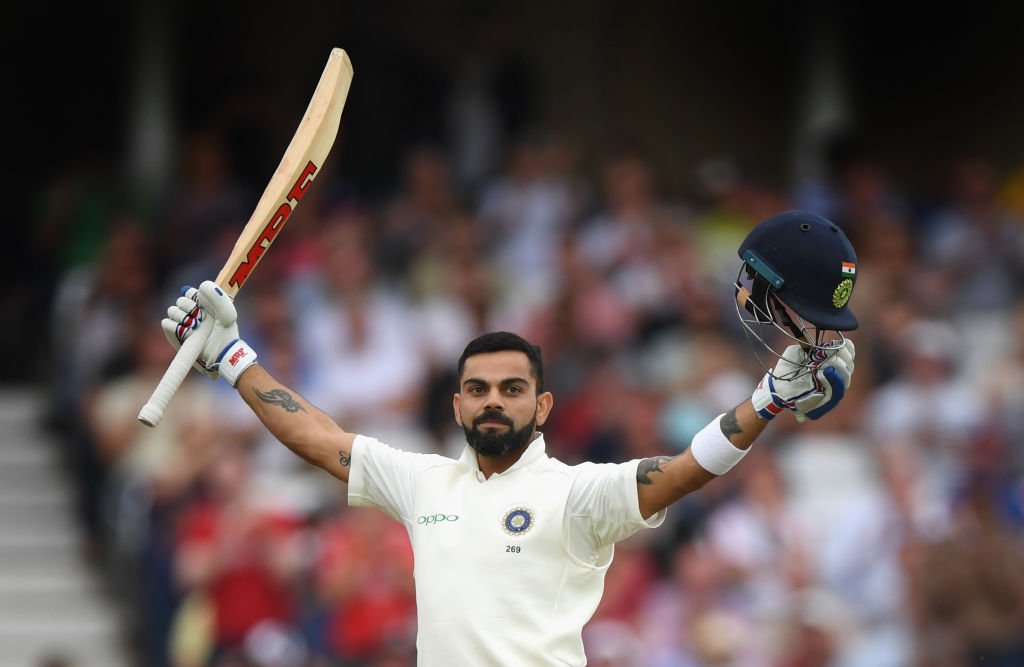 London: India skipper Virat Kohli on Friday became the second fastest batsman of the country, after Sunil Gavaskar, to reach the milestone of 6000 Test runs.

The 29-year-old, who was just six runs short of the figure, achieved the feat on Day Two of the fourth Test of the ongoing five-match series against England by smashing a boundary off James Anderson’s delivery in the 22nd over.

While former cricketer Gavaskar had reached the milestone in 65 Tests and 117 innings, Kohli acheived the same in 70 Tests and 119 innings.

Congratulating the Indian skipper, the Board of Control for Cricket in India (BCCI) took to the official Twitter handle and applauded the swashbuckling batsman for his achievement.

“Another day, another milestone for captain @imVkohli. 6K and counting in Tests #TeamIndia #ENGvIND,” they wrote.

Kohli, who is in a phenomenal form in the ongoing Test series, has scored a total of 440 runs, including two centuries, in the first three matches.

After bowling out the England side for 246 runs in the first innings, India have made 100 runs at the loss of two wickets in reply, till lunch, on the second day of the ongoing Test.

Kohli and Cheteshwar Pujara are playing at the respective score of 25 and 28 after India lost two early wickets of Shikhar Dhawan (23) and KL Rahul (19).

After winning the toss, England had asked the Indian side to bowl first in the match.

India, who are trailing 1-2 in the ongoing series, is looking to level the score with a victory in the match to keep their series-winning hopes alive.