When you think of Bugatti, you think of a speedy, well designed car, made of high grade materials. Well, Lego is out to change that. The famous toy company that has released several different products made of Lego has now ventured into the automobile industry as well.

On Thursday, it announced that it had created a working life sized replica of the iconic, and extremely expensive sports car, the 2016 Bugatti Chiron. Made entirely of small Lego pieces, the toy version, took about 6 months to build. 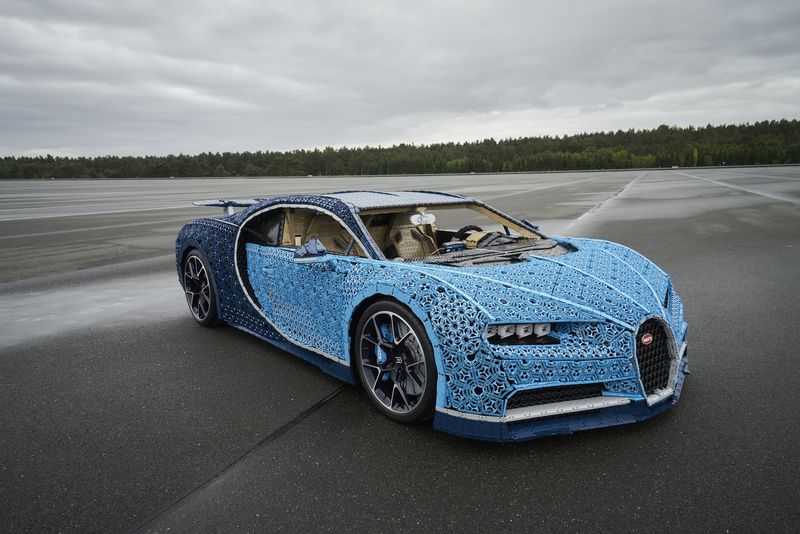 This includes the engine, speedometer, doors, headlights, taillights, steering wheel, and brake pedals. In total, about 1 million Technic pieces were used to make the car. LEGO Technic pieces are typically used to create more advanced models with technological functions. Robotic toys and remote control cars often use this. Only the wheels, and the frame are not made of Lego. The toy company also stated that they did not use any glue to put the car together. However, with a total weight of 1300 kgs, this model is a sturdy, well built machine.

Of course, a car made of Lego pieces cannot be expected to go at speeds of 350 kmph, which the real Bugatti Chiron can comfortably achieve. Imagine driving at those speeds with a car that could literally fall apart with the slightest of bumps. 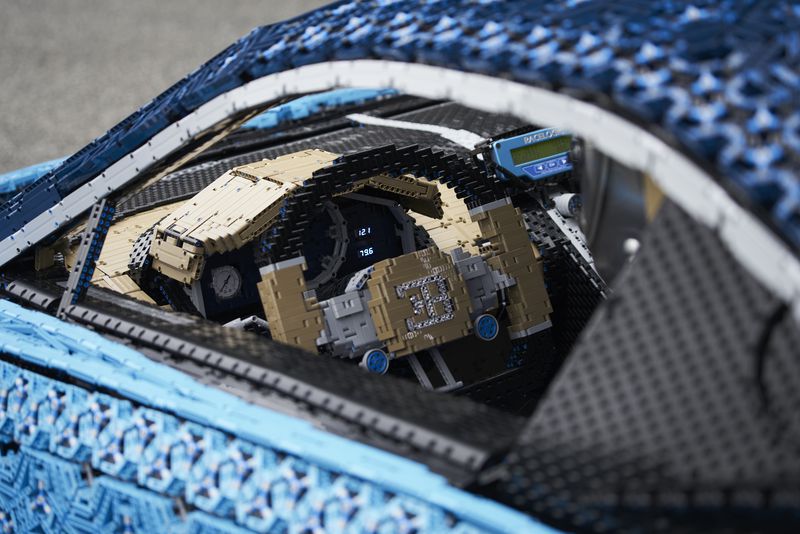 With a top speed of 30 kmph and a horsepower of 5.3, this car cannot possibly compare to the real deal, which is far superior in every aspect. However, the research, effort, and patience that has gone into recreating every detail of the real Bugatti is impressive in itself. “When I first saw the Lego Chiron, I was immediately impressed by the accuracy of the model and the minute attention to detail,” said Andy Wallace, a former racer who tested out the car.

While this car may not be able to replace your everyday transport, LEGO has surely achieved something incredibly remarkable. This car will surely go down in history as one of the most unique inventions of all times.