Our world is changing rapidly. Every day, we hear of a startup working on a new technology that could ‘change our lives’, but seldom do these innovations live up to our expectations. However, not all is lost! There are certainly a few notable inventions that do indeed look very promising. While most of them are still at a conceptual stage and have not been fully developed, these technologies definitely have the potential to become a part of our lives soon. Here’s a handpicked list of 10 innovations that we feel will truly change and improve our lives in the future! 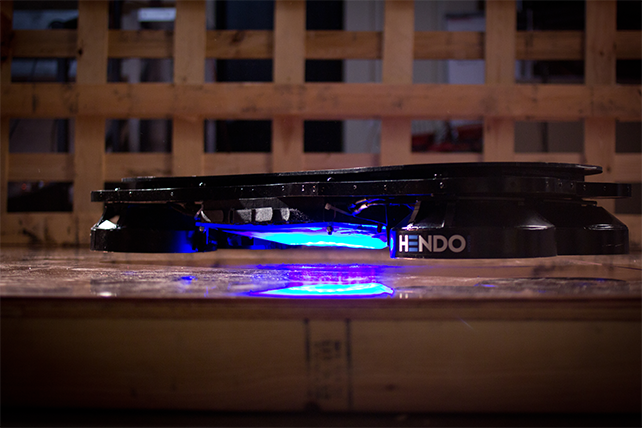 Hoverboards: Hoverboards have dominated sci-fi movies for a long time. You may have seen them being used in the popular movie ‘Back to the future’. Contrary to popular belief, these are not the same as the electric boards which are so popular now a days. But soon, the original hoverboards will make it to the market too. A company called Hendo, founded by UC Berkeley graduate Greg Henderson, has patented a technology called Magnetic Field Architecture (MFA™) which can be used to make hoverboards a reality. Hendo hoverboards glide one inch above the ground, and are able to adapt to our natural movements. They are completely safe to use, and look extremely stylish as well!

Augmented Reality: AR is an enhanced version of reality where live direct or indirect views of physical real-world environments are augmented over a user’s view of the real-world. Tech giants such as Google, Apple, and Microsoft as well as other startup companies are making several breakthroughs in this field. Unlike Virtual Reality on tv’s and phones, Augmented reality adds graphics, sounds, haptic feedback and smell to the natural world itself. This has several applications: user’s will be able to use AR to place computer-generated graphics in their field of vision in order to interact with their surroundings. 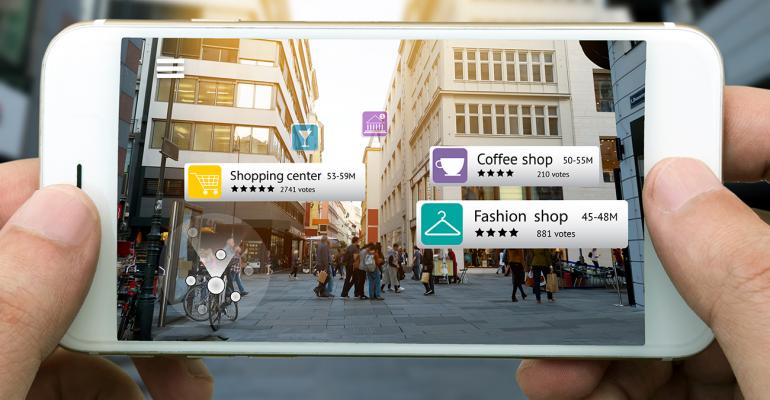 Brain-Computer Interfaces: BCI is a direct communication between the brain and an external device. So far, the use of this technology has been at the rudimentary level, that is, to translate thoughts into text. This has been particularly useful for the differently abled. However, scientists are taking this technology one step further. Soon, we will be able to control devices such as tv’s, phones etc wirelessly, etc with our thoughts! 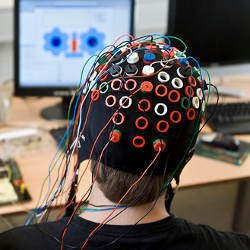 Earprint Passwords: Research has shown that a fingerprint scanner as a form of device protection is actually very unsecure, and can easily be hacked. To counter this, US-based technology firm Descartes Biometrics is looking into earprints as passwords. This is how it works: users lift the device to the side of their head and press the centre of the screen on their ear. A sound is then sent into the ear and because each ear is unique, the sound that is echoed back to the phone can be used as a password to lock the device.

Blockchain and Cryptocurrency: Blockchain is a rather complex concept to understand for those who are not familiar with computers, but it has several uses, especially in the field of cryptocurrency. In layman’s terms, it is a digital ledger that can be programmed to record anything of value. It is an extremely secure way of sharing and managing data; it is virtually impossible for any one entity to control or hack. This technology is expected to lead to the extinction of paper currency and credit cards and will also reinvent the current banking system.

Truly New Age Cars: Byton, a chinese startup company, is working on a range of self driving futuristic cars that will come equipped with panoramic screens on car windshields and face recognition. These cars will be far higher tech savvy than even Tesla or Audi. They will be fully autonomous, eliminating the need for the driver to do anything besides enjoy the ride. The car is able to hit unbelievable speeds of over 500 kmph and also has onboard WIFI, Bluetooth, mobile data, provides bandwidth of 1gbps and a wide panoramic screen for entertainment, navigation and traffic updates. 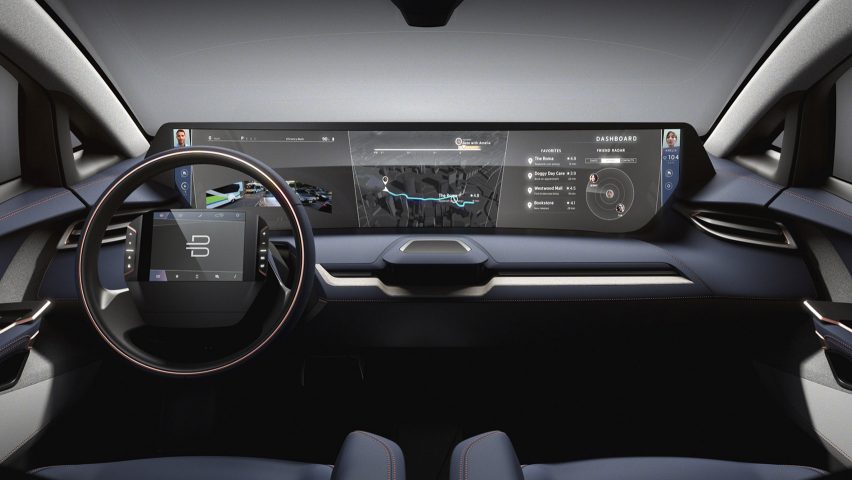 Hyperloop: Hyperloop is a high-speed technology concept being created by American startup company Hyperloop One in partnership with Richard Branson’s trendsetting company, Virgin. Their goal is to completely reinvent transport to eliminate time and distance barrier. The hyperloop vehicle accelerates via electric propulsion through a low-pressure tube. It floats above the track using magnetic levitation and glides at airline speeds for long distances due to low aerodynamic drag. A route estimate on the company’s website claims it can make the journey from Delhi to Mumbai in 88 minutes. This is 3 times faster than a flight from IGI Airport to Chhatrapati Shivaji Airport and 10 times faster than a car journey. 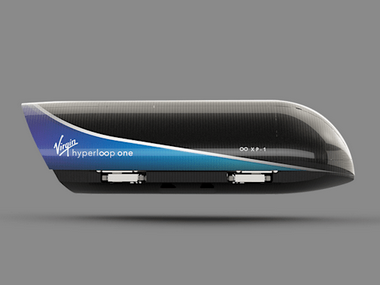 Microsoft Hololens: The Hololens is a pair of glasses that creates a hologram of your computer. Users can interact with this just like they would with a phone or tablet. This revolutionary device, straight out of a new age sci fi movie, could be a game changer in homes and offices. HoloLens combines AR and VR, and allow individuals to engage with digital content and interact with holograms in the world around them.

Smart clothes: A company called Flexwarm is developing jackets that come equipped with built in heaters that can be controlled from the user’s smartphones. The slim light jacket contains heating pads which are sewn into the layers of the jacket, which warm up in under 6 minutes. They can be recharged using a standard USB cable, with one single charge lasting 10+ hours. The smartphone app allows users to select which area of their body they want heated. This is surely a useful invention for people who are always feeling cold! 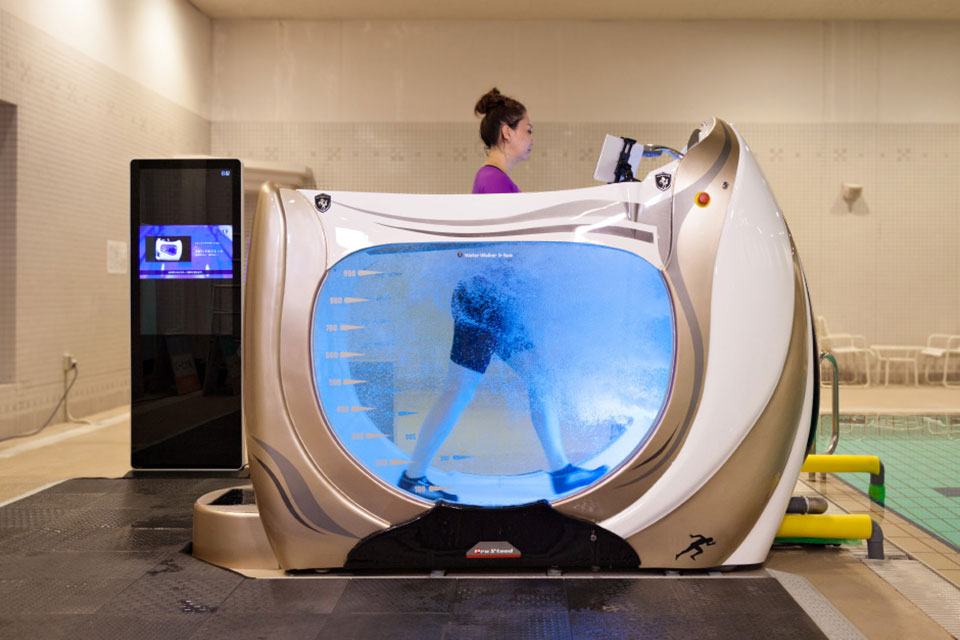 Aqua Treadmill: This invention combines two activities: swimming and exercising in the gym! Water Walker & Spa looks like a huge bathtub and has a moving surface at the bottom for walking or running. It helps to strengthen the muscles and burn excess fat through aerobic exercises. Water Walker also functions as an amazing spa bath, so you can relax after your workout.