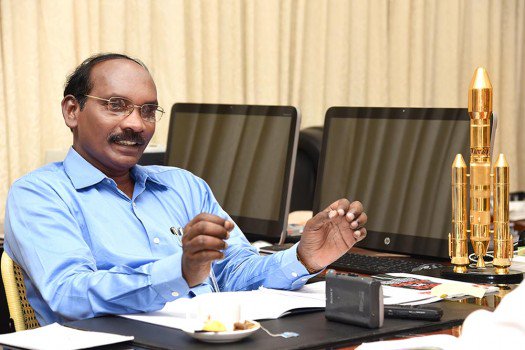 Speaking at a press conference on Tuesday, ISRO Chairman K Sivan said, “In January 2019, we will have a major mission Chandrayaan-2 by GSLV-Mk-III-M1. We have taken a review by experts throughout the country. They appreciated our efforts saying this is the most complex mission ISRO has ever taken.”

Sivan also revealed that the mass of Chandrayaan-2 has been increased to 3.8 tonnes and will be launched by GSLV-MK-III.

“Mass of Chandrayaan-2 has increased to 3.8 tonnes which can’t be launched by GSLV. We have redefined launch vehicle to GSLV-MK-III. The window for the launch is January 3-16 February. It would be the first mission in the world going near the South Pole,” Sivan added.

Chandrayaan-2, the first mission in the world going near the South Pole, was earlier scheduled to be launched in April this year.

The first edition of the lunar probe was launched in October 2008 and operated until August 2009. The mission included a lunar orbiter and an impactor. Meanwhile, India launched the spacecraft using a PSLV-XL rocket, serial number C11, on 22 October 2008 from Satish Dhawan Space Centre, about 80 km north of Chennai.