Flying drones to be legal in India from 1st December | Newsmobile
Sunday, June 26, 2022 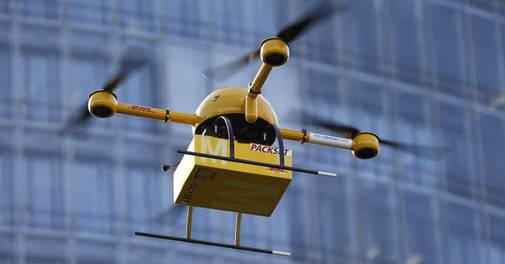 Unmanned piloted aircrafts or drones finally received a nod to fly over the Indian skies from 1 December, 2018. Prior to this policy drone flying was illegal and a punishable offence under Indian Penal Code.

“Drones are a more than $1 billion market. Today is a big day for Indian aviation as we set eyes to unlock this market in India,” said Suresh Prabhu, Union minister for civil aviation, after the launch of Drone Regulation 1.0 on Monday.

The commercial use of drones as taxis, delivery vehicles, or other services will not be allowed as of now but a ministry official said it was open to making changes in the regulations as technology advances.

“We want to establish a world-leading drone ecosystem. These regulations firmly place us among the global leaders. Our policy road map will provide strong impetus to all players in the drone ecosystem. We hope that these initiatives will enable us to create a vibrant new industry,” minister of state for civil aviation Jayant Sinha said.

According to the current policy, drone can possibly fly till 4000 ft. “Flights beyond 400ft by drones is being looked at in the upcoming second policy for drones,” said Junior Aviation Minister Jayant Sinha, who is also chairing the drone task force, the policy framing body with ministry of home affairs.

Ministry of Civil Aviation has released a press release in relation to the drone which they posted on Twitter: