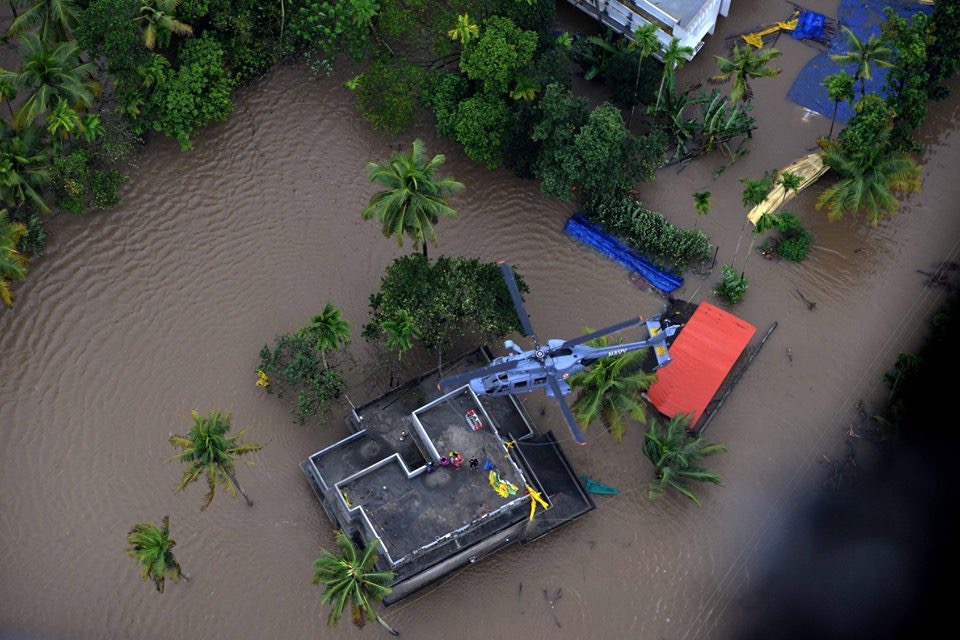 The central government clarified that Rs 600 crore released for relief operations in flood-hit Kerala was only an advance assistance and additional funds would be released from the National Disaster Response Fund (NDRF)  after assessing damages in the state as per laid down procedure.

The Centre, in a press release, stated that during the recent floods in Kerala, it provided urgent aid and relief material to Karnataka and the situation was being regularly monitored by Prime Minister Narendra Modi on daily basis.

A mechanism is in place to meet the rescue and relief expenditure during any disaster, which is governed by notified guidelines on the State Disaster Response Fund (SDRF) and NDRF.

State Disaster Response Fund has been constituted in each State. The central government contributes 75% to the fund for the General Category States and 90% for the Special Category States of hilly regions every year.

When a natural calamity strikes, the state meets the relief and rescue expenditure from the SDRF already available at its disposal. In additional funds are needed for relief operations the concerned State Government submits a detailed memorandum indicating the sector-wise details of damages and fund requirement for relief operations of immediate nature.

The Centre launched massive rescue and relief operations. In one of the largest rescue operations, 40 helicopters, 31 aircraft, 182 teams for rescue, 18 Medical Teams of Defence forces, 58 teams of NDRF, 7 companies of CAPFs were pressed into service along with over 500 boats and necessary rescue equipment. They successfully saved over 60,000 lives by rescuing them from marooned areas and shifting them to relief camps. Defence aircrafts and helicopters have made 1,084 sorties of duration 1,168 flying hours and airlifted 1,286 ton of load and carried 3,332 rescuers.

In addition, a number of Navy and Coast Guard ships were pressed into service to carry relief material to Kerala. The search and rescue operations and mobilisation of resources alone would cost the Central Government hundreds of crore of rupees.

As many as 357 people have lost their lives so far, with the state facing a loss of Rs 19,512 crore. Rescue and relief operations in the state have been stepped up to evacuate the stranded people from the flood-affected areas.