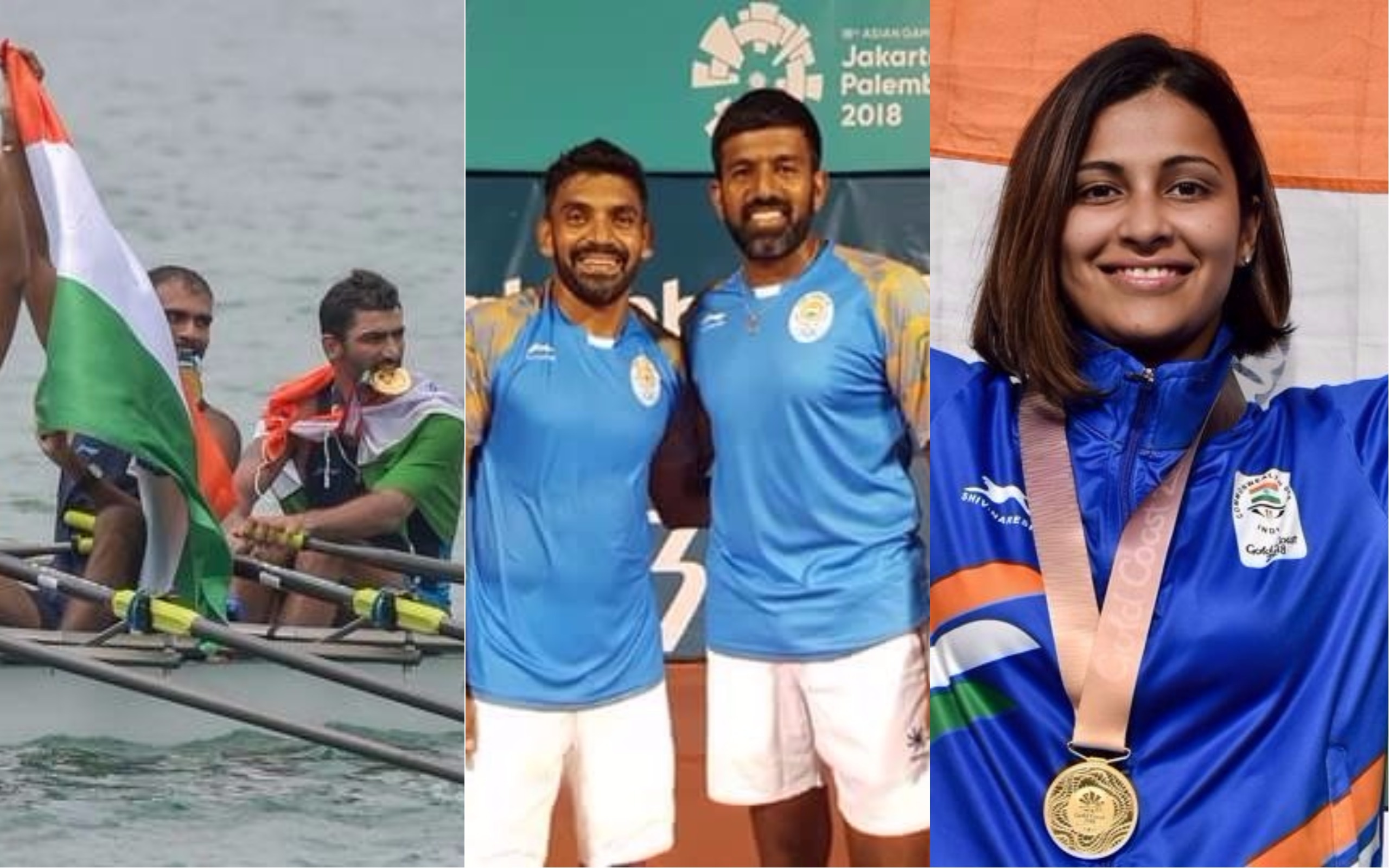 Indian rowers and tennis players begin their sixth day with a blazing start with a Gold, two Bronze medals and tennis players too get a gold in the ongoing Asian Games 2018 on Friday. The Indian men’s team comprising Sawarn Singh, Dattu Bhokanal, Om Prakash and Sukhmeet Singh bagged the gold medal in the men’s quadruple sculls event and Tennis players Rohan Bopanna and Divij Sharan fought hard to get a gold.

Hina Sidhu also clinches bronze in 10m air pistol women’s final. It was a stunning comeback by Sidhu as she shot successive 10s to bump up and eventually finish third.

The rowers clocked 6:17:13 to win the medal. Indonesia and Thailand settled for silver and bronze medals, respectively.

In lightweight double sculls rowing event, the Indian team of Rohit Kumar and Bhagwan Das won bronze after clocking 7:04.61. Japan’s Miyaura Masayuki and Takeda Masahiro bagged the gold with a timing of 7:01:70, while the South Korean team of Kim Byunghoon and Lee Minhyuk settled for silver with a timing of 7:03.22.

Elsewhere, the Indian women’s basketball team crashed out of the prestigious quadrennial tournament after losing to Indonesia 66-69 in its final Group A match to end their campaign without a single win.

In swimming, Indian men’s 4X100m medley relay team failed to qualify for the finals. Earlier, the team had finished their heats in the fifth spot. India is now standing at the ninth position with a total medal tally of 21 – five gold, four silver and 12 bronze.