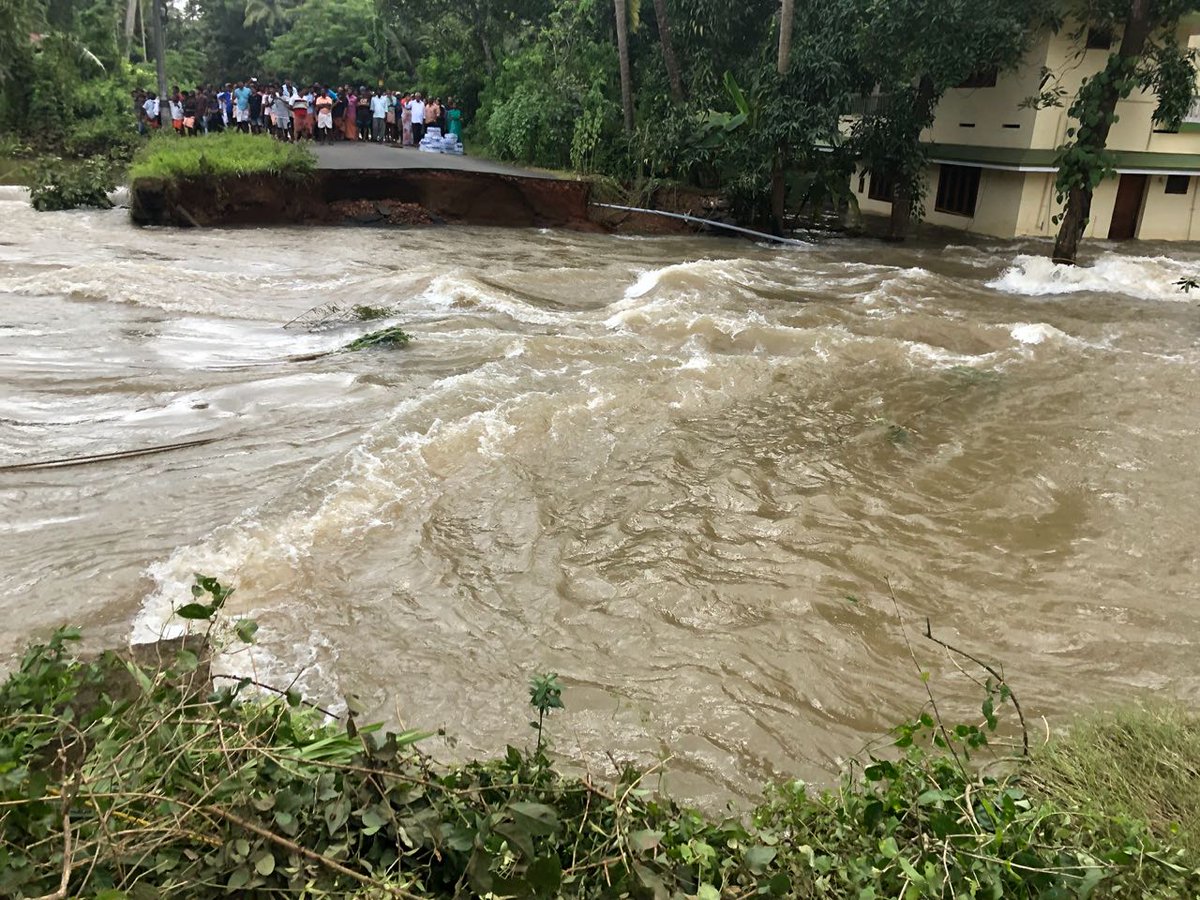 The Union government has declared the Kerala floods a ‘calamity of severe nature’, which means that the state can get funds from the National Disaster Response Fund.

There is, however, no provision in the law or rules for the government to designate a disaster a ‘national calamity’.

The NDRF is funded through a National Calamity Contingent Duty levied on pan masala, chewing tobacco and cigarettes, and with budgetary provisions as and when needed. In addition to this any person or institution can contribute to the NDRF.

On the other hand the SDRF corpus is contributed by the Union government and the respective State governments in a 75:25 ratio for general category States and 90:10 for Special Category States.

In the last financial year the central government released NDRF funds to nine states, with Karnataka getting the highest amount at Rs 913 crore.

Kerala Chief Minister Pinarayi Vijayan on Monday said that floods in the state had claimed at least 223 lives between August 8-20, while briefing the media in Trivandrum. The death toll from May 29 till date was 357, Vijayan had said on August 18. The chief minister further informed that the state suffered a loss of Rs 19,512 crore due to floods.

“223 people lost their lives between August 8-20. Six people died today. The Centre said they will make all necessary requirements available to us but in today’s situation what is most needed is the necessary help, equivalent to the total damages caused so far,” Vijayan said.

The Supreme Court judges said they will contribute Rs 25,000 each to the Kerala flood relief fund. The Chief Justice of India Dipak Misra on Monday made the observation while hearing a Public Interest litigation (PIL) that sought barring of lawmakers from practising in courts across the country.

According to media reports, the Attorney General K K Venugopal had earlier donated Rs one crore to the flood relief fund.

As Kerala battles its worst floods in a century, the National Crisis Management Committee (NCMC) met for the fifth time in five days in Delhi on Monday to review the rescue and relief operations in the flood-affected areas in Kerala.

Cabinet Secretary PK Sinha chaired the meeting. The Chief Secretary of Kerala participated in the meeting via video conference. He informed that there has been less rainfall and floodwater has started receding.

Relief has been pouring in from the all over the country.

Various people and organisations across the world have come forward to help the rain-battered state in its hour of need. Thousands of personnel of Indian Navy, Air Force, Army, NDRF and Central Armed Police Forces (CAPFs) are engaged in the rescue and relief operations.