Jakarta: Making India proud, wrestler Vinesh Phogat on Monday bagged a gold medal in women’s 50 kg freestyle wrestling category at the ongoing 18th edition of the Asian Games. She made history by becoming the first woman wrestler from India to clinch a gold in the Asian Games.

The 23-year-old thrashed her Japanese opponent Yuki Irie 6-2 to give India their second gold of the tournament.

Shooters Deepak Kumar and Lakshay won a silver each on Monday. 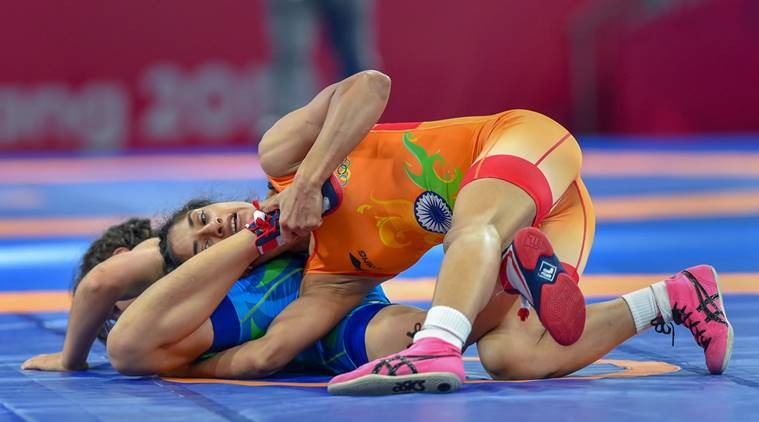 Earlier, the Indian wrestler had defeated Dauletbike Yakhshimuratova of Uzbekistan 10-0 with a technical superiority in the semi-final clash of the event.

Another Indian wrestler, Pooja Dhanda, also conceded a 1-6 defeat to Japanese wrestler Katsugi Sakagami to deprive India of another bronze medal in the tournament.

Earlier in the day, Indian shooter Deepak Kumar had bagged a silver medal in the 10m Air Rifle event with a score of 247.7 points.

Shooter Ravi Kumar had opened India’s medal tally at the Asian Games on Sunday by clinching a bronze medal in the 10m Air Rifle Mixed Team event along with Apurvi Chandela.