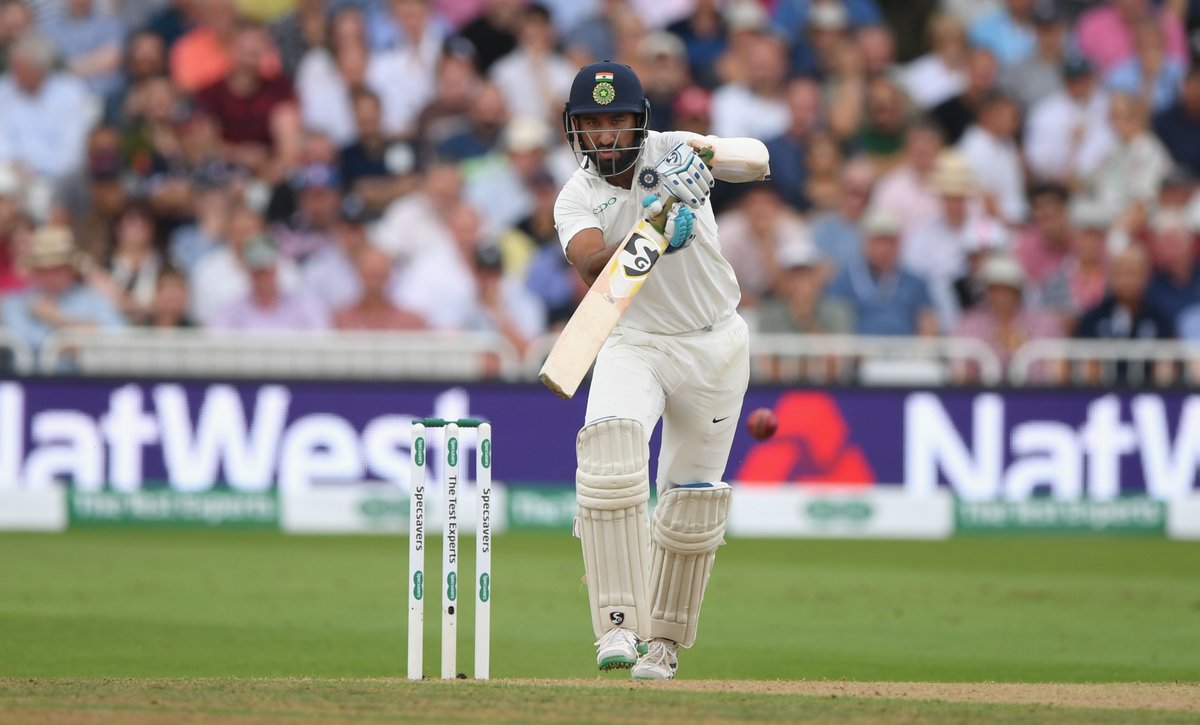 I will share one anecdote to give you an idea that how big a promising player and future prospect Cheteshwar Pujara used to be 8-9 years back when Pujara was amassing run in the domestic circuit.

In 2010, Rahul Dravid was in abysmal form. During the tour to Sri Lanka, Dravid again lost his wicket meekly in the last Test of the series. Legendary commentator Late Tony Greig commented, “People back in India must be wondering when Cheteshwar Pujara will get his chance”. Tony’s commented clearly indicated that Pujara was seen as the next big Indian middle-order batsman after Tendulkar, Dravid and Laxman would hang their boots. 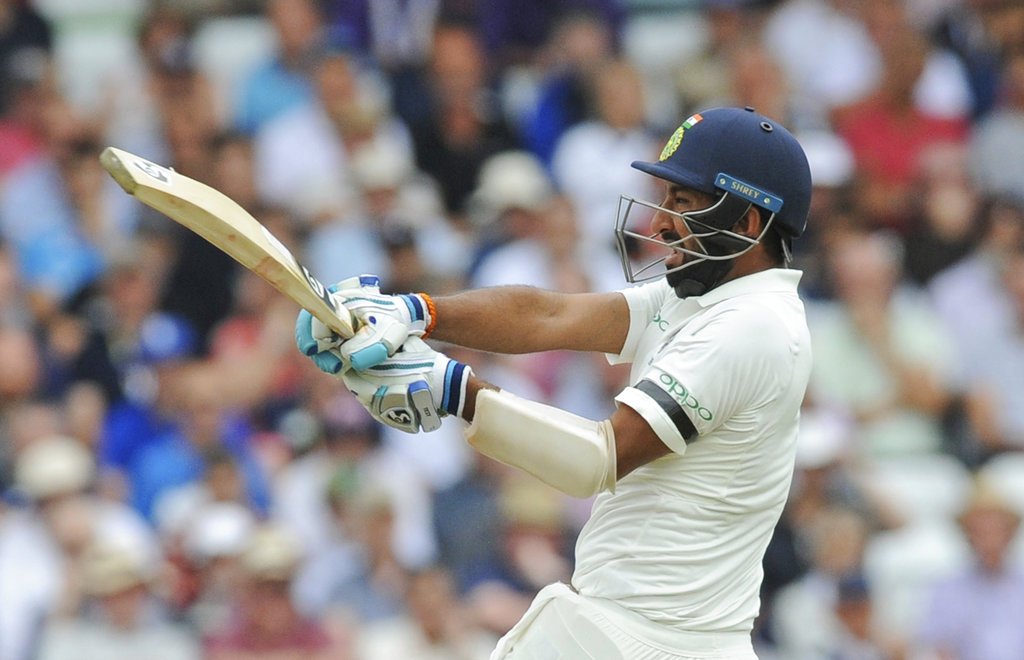 When this anecdote is juxtaposed with Pujara’s performance in England this summer and his senseless dismissal in the first innings of the on-going Trent Bridge Test, it is clear that Pujara hasn’t really fulfilled the promises, which he made around a decade back.

The rule for the greatness for an Indian batsman is simple; you have to score Test runs in England, Australia and in South Africa. In case you don’t do that then for sure you are notches below that cult status, notwithstanding the heap of runs you might score in the sub-continent.

This is the case for Pujara. In the Indian sub-continent, he would become a monster, a lethal run machine. But he becomes a different player altogether when going gets tough at the 22 yards pitch outside the sub-continent.

The numbers tell the tale. Pujara has played 50 Test matches and has a healthy Test average of close to fifty. But his Test average in Australia and South Africa is much below at 33 and 31. In England, it is abysmally low at just 19. In contrast, his Test average in India is 62 and in Sri Lanka, it is a staggering 90 plus. Out of his total 14 centuries, only one has been scored outside the subcontinent.

Pujara has the right technique for a Test batsman but he is simply not able to crack the code in the overseas Test matches. His problems are more seem to be psychological. Pujara needs to have self-belief and should play at his strengths. The way he threw his wicket at the Trent Bridge playing a hook shot was really bizarre. Pujara forgot the very basic of the Test Cricket batting that when the ball is doing tricks, staying on wickets is even more important than scoring runs. 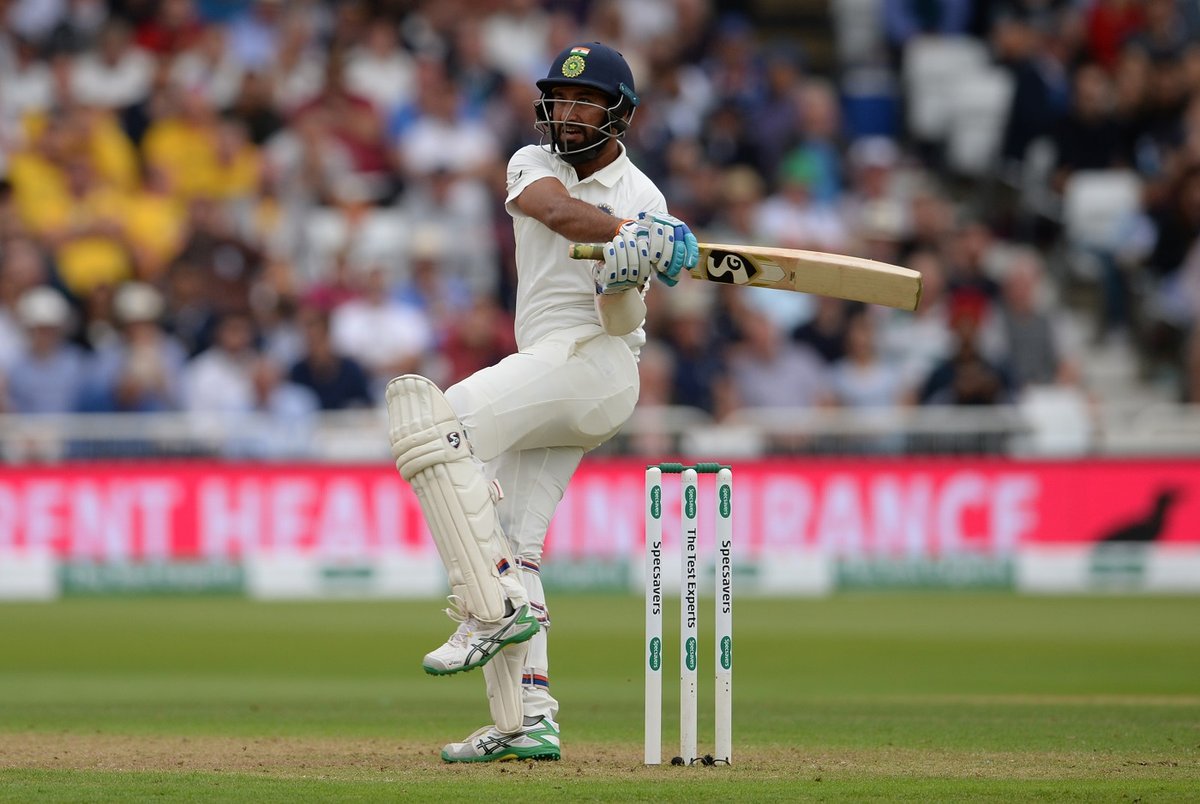 Leave behind king Kohli, Pujara has been overshadowed even by a player like Ajinkya Rahane, who is much junior to him and has a much mediocre profile in the domestic circuit. Rahane has Test centuries at venues like MCG and Lords under his belt and enjoys a far better batting average outside the sub-continent.

Time is running thick and fast for Pujara. The kind of batting talent he possesses and considering his experience at international level for eight years, Pujara needs to make sure that he is a permanent and indispensable part of India’s scheme in the Test Cricket.

In Cricket it is said that you are as good or as bad, as you were in your last inning. Thus just one great knock by Pujara can turn things around for him. Will it come in the second innings at the Trent Bridge? Well, let’s wait and watch.

(The author is NewsMobile iJourno. The views expressed are personal)