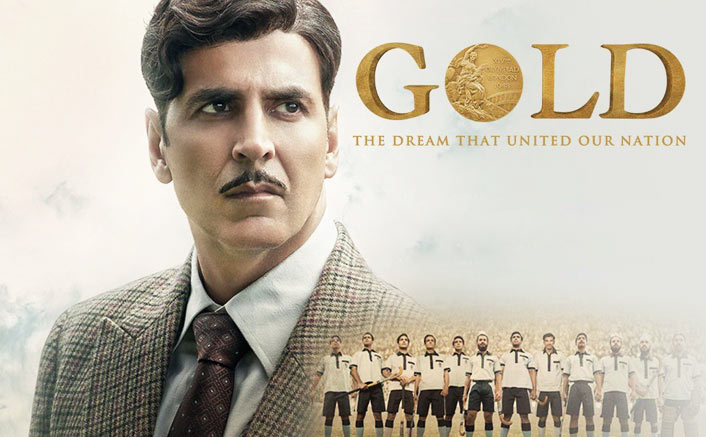 Gold is a historical sports drama with a story about how Independent India won its first Olympic Gold in Hockey.

In a story penned and directed by Reema Kagti, the focus is on a fictional character called Tapan Das (Akshay) who is shown to be a manager to the British Indian Hockey Team. They win the game no doubt (1936) but dream of the Indian Flag being hoisted.

Then world war happened and with no Olympics happening, Tapan struggles with alcoholism. After a hiatus of ten long years, when approaching Olympics are declared, he manages to convince the Hockey Federation of giving him another chance to bring a team together and prepare for the oncoming Olympics of 1948. Hence begins his scouting which leads him to some of his old players and some new ones.

ALSO READ: Manto Trailer: This I-Day celebrate the freedom that Manto stood for

A good bunch of actors characterising the players brighten up the story.

Imtiaz Shah (Vineet Kumar) agrees to come back to the game. Himmat Singh( Sunny Kaushal ) is a budding star player much sought after even by the British. Rudra Pratap Singh( Amit Sadh) is a blue-blooded, arrogant but good player.

When the team is ready and good to go, India attains freedom but with that comes the partition which breaks apart not only the country but also the team, with many players migrating to Pakistan.

Fallen back again into the pit of despair and alcoholism, this time Tapan Das is rescued and supported by Samrat( Kunal Kapoor) who has been the earlier captain of the winning team and much revered by players and public.

The rest of the story ensues as to how they struggle with the funds, the training, the internal team rivalry and lack of team spirit. Of course somewhere in this milieu of problems is also the politics without which sports federations could never operate, neither then nor now.

The movie moves at a leisurely pace meandering about. The biggest bane seems to be that the focus is more on Tapan Das, than the game. But in patches, when the story concentrates on the players, it brightens up. And the matches that are shown, absolutely take up our attention and heart. Each game is played against another country would always take up the heartbeats higher.

For a welcome change, Pakistan and Indian teams are shown to have a healthy sportsmen spirit and are shown pitching for each other with a common goal of defeating Britain on their home turf to avenge 200 years of slavery.

The dialogues penned by Javed Akhtar infuse subtle humor here and there and keep up our interest. The songs by Sachin Jigar have the right melodies and are hummable. That’s another thing that the editor could have done away with at least about 2 unnecessary songs. That would have bettered the pace and shortened the duration of a lengthy movie.

The story had a lot of potential. It would have been a wow movie with a little more spotlight on the game and the players.

Didn’t expect Reema Kagti to fall for the star glamour and demands of typical commercial cinema. But it has a healthy dose of nationalism that rings in the right note on a perfect day. And of course, the matches are a scene stealer.

Performances by Vineet Kumar Singh, Amit Sadh and the newcomer Sunny Kaushal needs to be credited a lot for adding substance to the film.

Sunny Kaushal is definitely worth looking out for.

Don’t want to say anything about Akshay except the fact that he tries hard and looks cute.

The movie is no Chak De but a good one time watch.

It’s always an overwhelming feeling to see your country win even though you know the outcome that is history. Nothing can beat the sentimental feeling of the tricolor being hoisted and the national anthem being played as the player receives the medal. The audience standing up proudly and voluntarily, the whole atmosphere just wells up the heart and the eyes.

And for that woozy proud feeling and that finale enough, the movie is worth a watch.