Home Politics EC says ‘one nation, one election’ not possible for 2019 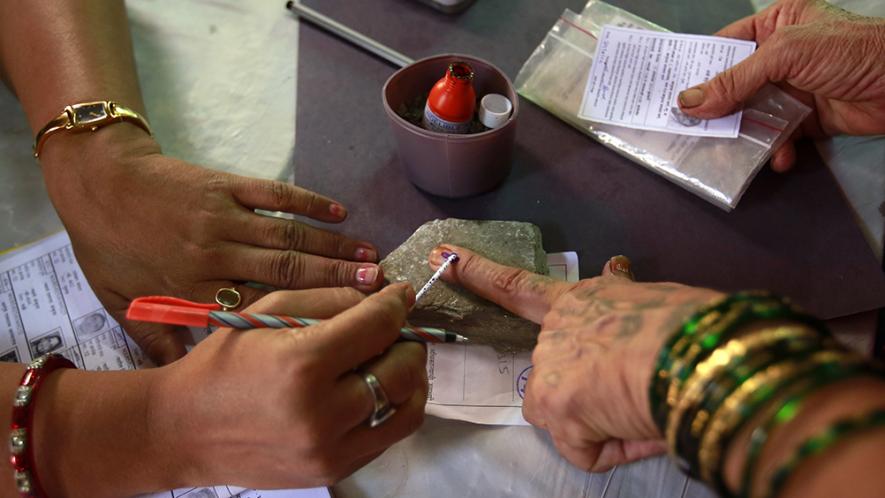 Even as the BJP is pushing the idea of holding simultaneous Lok Sabha and state assembly elections, the Election Commission (EC) on Tuesday said that it is not possible in the near future as it needs a legal framework.

Simultaneous elections are not possible without a legal framework as any extension or curtailment of the term of assemblies will require a constitutional amendment, Chief Election Commissioner OP Rawat said on Tuesday

“If the term of some state assemblies needs to be curtailed or extended, then a constitutional amendment will be required… Logistics arrangements with regard to 100 per cent availability of VVPATs (voter-verifiable paper trail machines) will be a constraint,” the Chief Election Commissioner told reporters.

“On the issue of ‘one nation one poll’, the Election Commission had given inputs and suggestions in 2015 itself… Additional police force, polling personnel would also be needed,” Rawat said.

ALSO READ: Amit Shah pushes for ‘One Nation One Poll’; says ‘ready for…

Opposition parties have raised concern over the proposal, saying simultaneous elections would dilute India’s federal structure. The proposal for simultaneous polls is currently being examined by the Law Commission.

Prime Minister Narendra Modi has been a vocal supporter of simultaneous polls.

The EC is in the process of procuring new electronic voting machines (EVMs) and VVPATs ahead of the 2019 Lok Sabha elections.

According to Times of India, EC has ordered equipment based on the requirements for the Lok Sabha polls and elections in the five states of Andhra Pradesh, Telangana, Odisha, Sikkim and Arunachal Pradesh only. The order includes 1.74 million voter verifiable paper audit trail (VVPAT) units, 1.39 million ballot units and 930,000 control units.

Last month, Congress leader Abhishek Manu Singhvi had said that the proposal was a “constitutional perversity”.
(With ANI inputs)