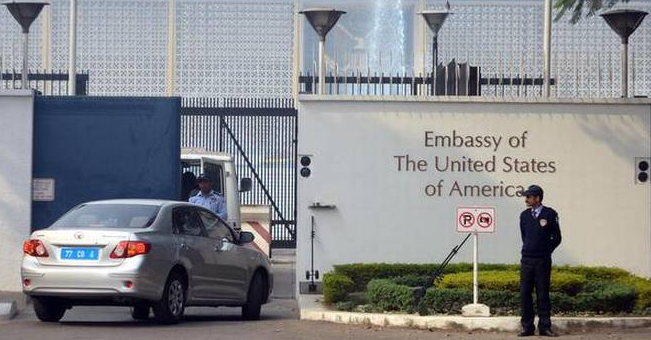 The US Deputy Chief of Mission (DCM) Mary Kay Carlson lauded the Indian traditional garment and said that they represent the culture and diversity of India.

After a year of ‘saree search’, DCM Carlson is celebrating India’s Independence Day with her collection of 16 sarees including Khadi and Handloom, ‘fabric that feels like freedom’. To her, sarees represent the rich diversity of Incredible India, tweeted the US Embassy on Friday.

A year after #SareeSearch, DCM Carlson is celebrating Indian #IndependenceDay with her collection of 16 sarees. She loves them all, esp #Khadi & #Handloom– fabric that feels like freedom! To her, sarees represent the rich diversity of #IncredibleIndia. #WeWearCulture @smritiirani pic.twitter.com/O7bSLbwZHH

In the video, DCM Carlson, who is draped in a saree, said, “I love sarees. I love the kick of the plaids, the fall and draping. I feel that if I am not going to have a difficult day at work, then wearing a saree feels better all day long.”

Carlson also recalled the 71st Independence Day celebration, wherein she desired to wear a saree but couldn’t out of fear of picking up a wrong one.

“I was afraid whether I would pick up a wrong one. So, we had an online contest called #SareeSearch. It was so much fun. It was so interesting to learn the rich textile heritage across this great nation,” Carlson added.

Further, she extolled the different type of textiles, having vibrant colours and said that Kanjivaram, Dupion, Jamdani and Tusser are her favourites.