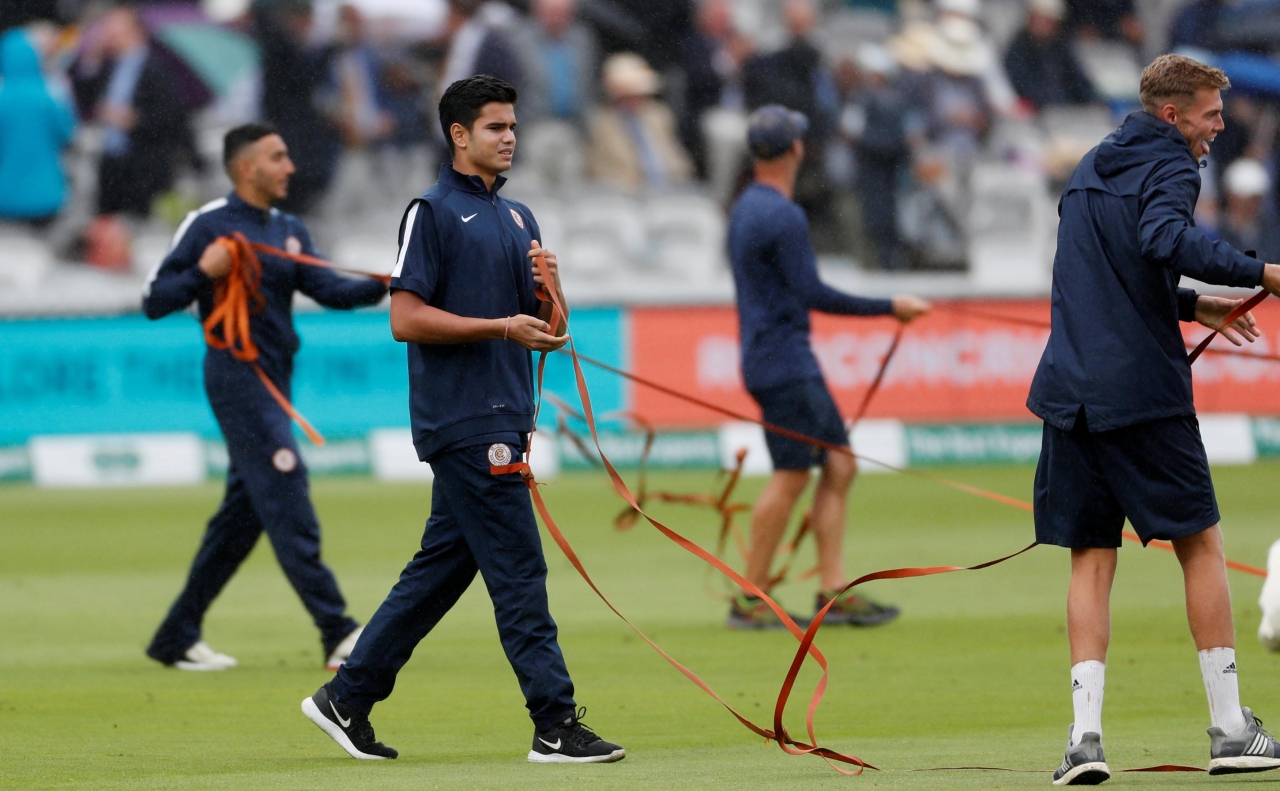 After making headlines for taking his maiden wicket in the international cricket against Sri Lanka U-19 in a youth Test, Arjun Tendulkar is yet again receiving praises but this time not for his game.

The official Twitter account of Lord’s Cricket Ground posted a picture of Arjun, applauding the efforts of the young Tendulkar for helping the groundstaff each time the rain interrupted the second Test match between India and England.

‘Not only has he been training with @MCCYC4L recently & but he has also been lending a helping hand to our Groundstaff!,’ Lord’s Cricket Ground tweeted.

Not only has he been training with @MCCYC4L recently & but he has also been lending a helping hand to our Groundstaff!#ENGvIND#LoveLords pic.twitter.com/PVo2iiLCcv