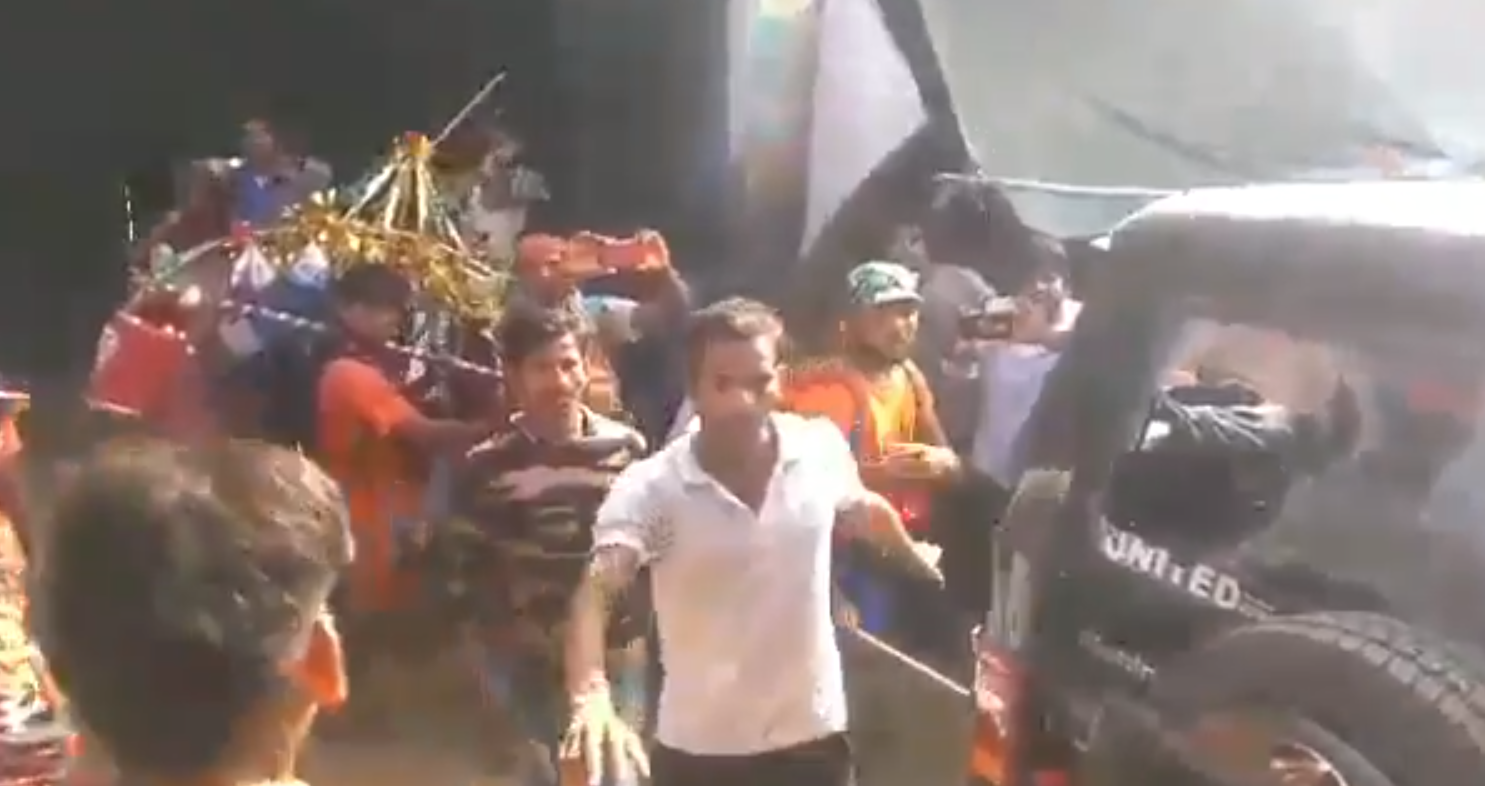 Bulandshahr: A day after a video emerged of kanwariyas (devotees of Lord Shiva) vandalising a car in New Delhi’s Moti Nagar, another group of kanwariyas attacked a vehicle which belonged to Uttar Pradesh Police in Bulandshahr.

The video of the incident went viral on social media and newswire ANI reported that it took place following “an altercation with locals”. The incident took place on August 7.

In the video, at least two people are seen attacking the police car with sticks. A large crowd – some of whom look as though they might be locals – is also seen gathered around the car.

ALSO READ: Watch how Kanwariyas vandalise and upturn a car in Delhi

Police personnel are seen wading through the crowd and getting into the car before the vehicle reverses and flees from the area. The crowd is then seen running after the vehicle.

Uttar Pradesh Police has begun an investigation into the incident.