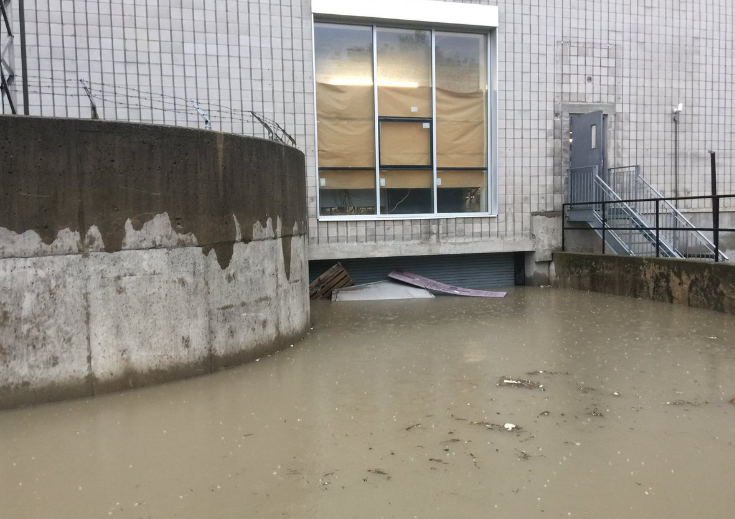 Toronto Police pulled off a daring rescue after two men were trapped inside a flooded basement elevator during a heavy rainfall on Tuesday night.

According to the Toronto police, they received a call around 10:52 p.m. from a commercial building on Alliance Avenue, east of Rockcliffe Boulevard and Jane Street.

ALSO READ: New Zealand PM returns to office says, ‘Shall we get on with it?’

As soon as two officers arrived on the scene, they had to swim their way through the flooded basement to the elevator as the water in the elevator had reached six-feet high, leaving only one foot of airspace for the trapped men.

“The water level has risen to six feet and there was only one foot of airspace left for the two males to breathe,” Katrina Arrogante, Police media relations officer said.

“The men were able to keep their heads above water by standing on handrails inside the elevator,” she added.

The torrential rain had led to major leaks at condos, hotels, and city hall, submerged cars with people stuck inside, and trapped two men in an elevator that was rapidly filling with water.

The Environment Canada had issued a special weather statement for the city earlier in the evening, saying between 50 and 100 millimetres of rain was expected in some locations, particularly near the lakeshore.