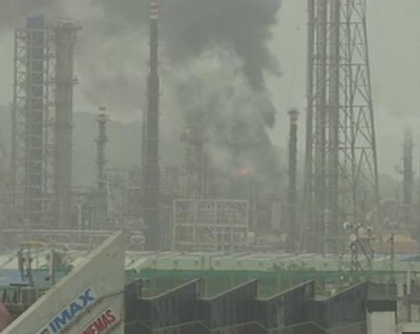 Mumbai: A massive fire broke out at Bharat-Petroleum’s refinery on Wednesday, leaving 45 people injured. Among these injured people, one person is said to be critical. The fire broke out after several explosions were heard at 3 PM, a fire brigade official was quoted as saying by PTI.

ALSO READ: More than 900 people have died in NCR due to air pollution

The Bharat-Petroleum plant is located at Mahul road in Chembur area. Seven fire brigades and two foam tenders have been pressed into service to douse the blaze, an official said.

“The fire is still on but is under control,” Bharat Petroleum said in a statement. The fire is confined to the hydrocracker plant, Reuters quoted Mumbai fire chief PS Rahangdale as saying.

ALSO READ: Watch how Kavads vandalise and upturn a car in Delhi