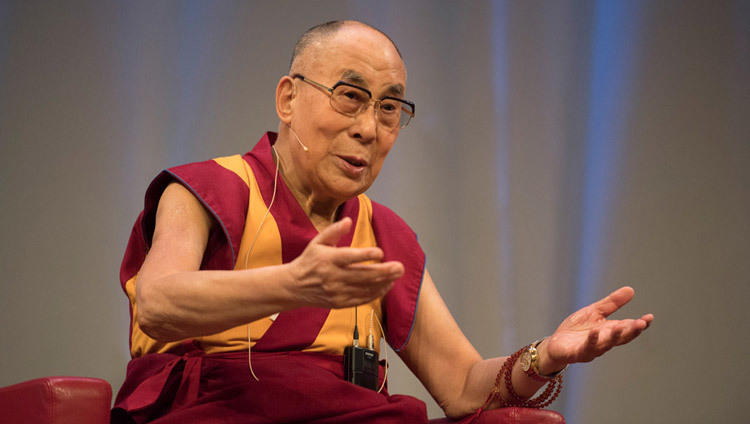 Tibetan spiritual leader Dalai Lama stirred a controversy on Wednesday by stating that India and Pakistan would have remained united had Muhammad Ali Jinnah become the Prime Minister of India instead of Jawaharlal Nehru.

While addressing an event at the Goa Institute of Management, the Dalai Lama said, “Gandhi was very much willing to give the leadership to Jinnah but Nehru’s self-centred attitude resulted in the mistake. Nehru wanted to be the Prime Minister.”

“Had the thinking of Gandhi been materialized then India-Pakistan would have remained united today. I knew Pandit Nehru very well, he was a very experienced person, very wise but sometimes mistake also happens,” Dalai Lama added.

ALSO READ: Karunanidhi laid to rest; here’s how the day turned out

However, BJP’s Member of Parliament in Rajya Sabha, Dr Subramanian Swamy said, “These are historical issues and hold value for historical debates. Yes, it is true that Mahatma Gandhi wanted Jinnah to be the Prime Minister as he would have been a minority Prime Minister and he could be removed once the British were gone. But it is also true that Jawaharlal Nehru only thought about himself. Gandhi was only thinking of how the British could be removed. But these are now academic questions and hardly make sense to discuss now.”

He also suggested to Ladakhi Muslims that Muslims should make efforts to reduce Shia-Sunni conflicts as Islam teaches compassion and harmony.

Sunni and Shia are two major denominations of Islam. They chose sides after the death of Islamic prophet Muhammad in AD 632. “Muslims across the globe follow the same Quran and also pray five times a day. However, there are killing each other owing to differences between the sects like Shia and Sunni,” he said.

“We are part of the world of seven billion human beings. Sometimes, I suggested that the Indian community in America, England and different European countries should invite some Europeans during Diwali and New Year, and talk about ‘ahimsa’ (non-violence) which is the basis of religious tolerance,” he added.