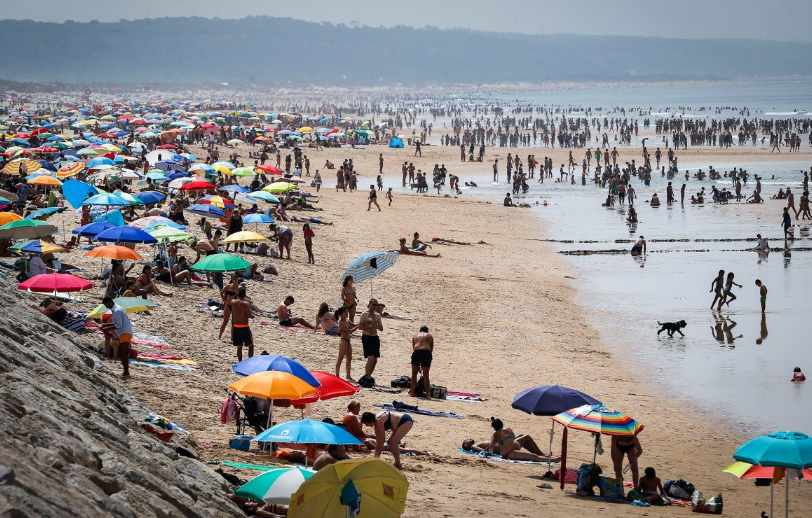 Lisbon beat a 1981 record for the highest temperature ever as it reached 44 degrees Celsius on Saturday, surpassing the previous record of 43 degrees Celsius.

Portugal’s weather service said that the new maximum highs were recorded at 26 places from measurements taken at a total of 96 weather stations around the country. More than 60% of the country registered temperatures of over 40 degrees Celsius.

According to the reports, the hot, dusty conditions across the Iberian Peninsula are the result of a mass of hot air from Africa and have increased the risk of forest fires. Over 700 firefighters were still battling a forest fire near the Portuguese town of Monchique in the southern Algarve region, a popular tourist destination.

Earlier today, AccuWeather stated that the high temperature in Madrid has exceeded 38 degrees Celsius each day so far this month, calling it a trend that will continue through Tuesday.

On Saturday, the temperature hit 113F (45C) in Cordoba, Spain and 111F (44C) in Lisbon, Portugal. The high temperature in Madrid has exceeded 100F (38C) each day so far this month, a trend that will continue through Tuesday: https://t.co/ojqG0PqC3c pic.twitter.com/Me9gQa9fN1

“The actual total human toll may not ever be known as heat-related fatality reports are historically underdone since not all deaths are correctly attributed to heat and some result from accelerating serious health issues and the fatalities show up weeks later. The elderly and those with pre-existing conditions, such as asthma and heart failure, are likely to face declining health due to exacerbation of their conditions due to weather,” AccuWeather President and Founder Dr Joel N. Myers said.

“Heat exhaustion and stroke, dehydration, migraines, loss of sleep and mood alteration can all occur due to dangerous heat. Historical data shows that more people are likely to be involved in vehicle crashes due to heat-related impacts, such as decreased ability to concentrate, the poor quality of sleep they get and impaired mood, etc. Further, in areas not prone to heat, air conditioners are less prevalent and so there may not be places people can go for relief from the heat or they may not realize the toll the heat is taking on their body, and as a result, do not drink sufficient water or take other precautions,” Myers added.

Meanwhile, a lasting relief is expected to spread over the United Kingdom, northern and western France and northern Spain on Wednesday before easing the heat across the rest of western and central Europe by Thursday.